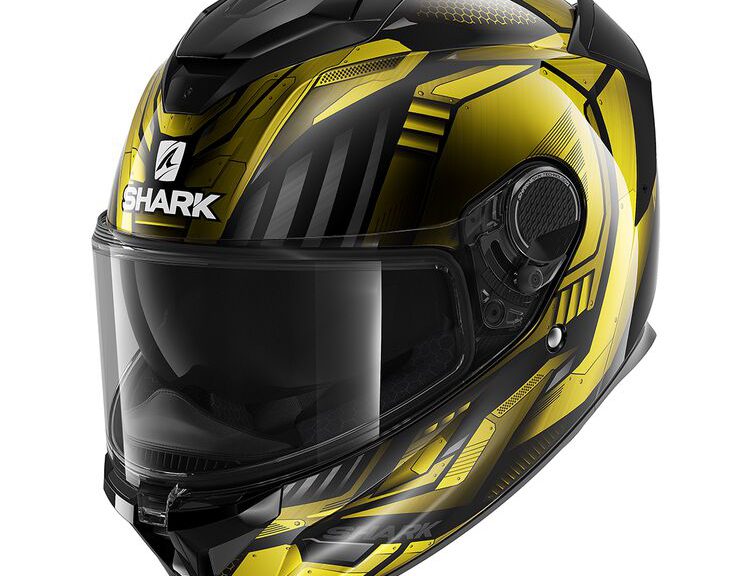 Seems like RevZilla couldn’t wait for the end of the week to kick off their Black Friday markdown mania—their “Early Access” Black Friday event is on now, with killer deals up to 70% off on some of the best gear brands around.

You can check out the entire sale here, but we’ve also gone ahead and listed some of our select picks below. Find helmets, jackets, gloves, and more below—and get ’em before they’re gone! 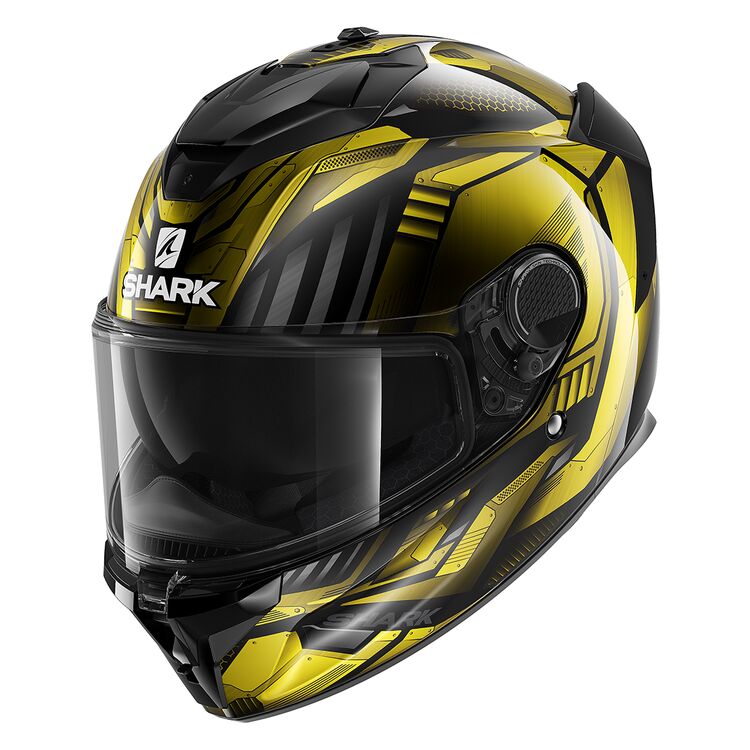 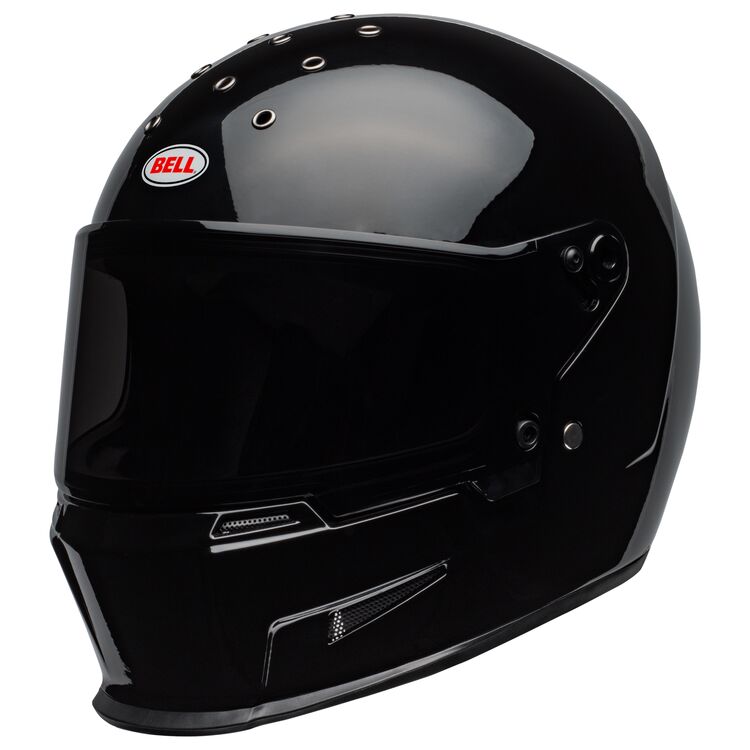 Vintage auto-racing looks meet modern protective features in this popular Bell helmet—now slashed to just over $200! You get an antibacterial liner, a ProVision dual pane face shield with anti-fogging capabilities, speaker pockets for optional comms devices, and an extremely sharp look. It also comes in the “Vanish” variant, which uses a classy matte-black paint job to look extra deadly.

Riding Jackets Up to 70% Off 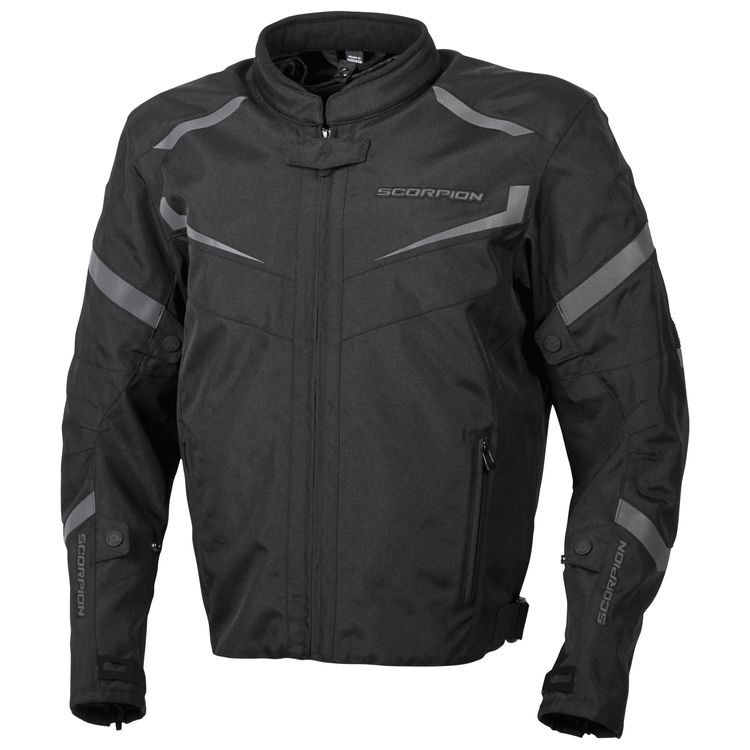 With a 600D water-resistant outer shell and CE-certified armor in the elbows and shoulders, this jacket lives up to the toughness and protection offered by its namesake—the legendary ancient Greek military formation. It comes with a back protector as well, plus a removable thermal liner vest for comfort in a wider range of climates. 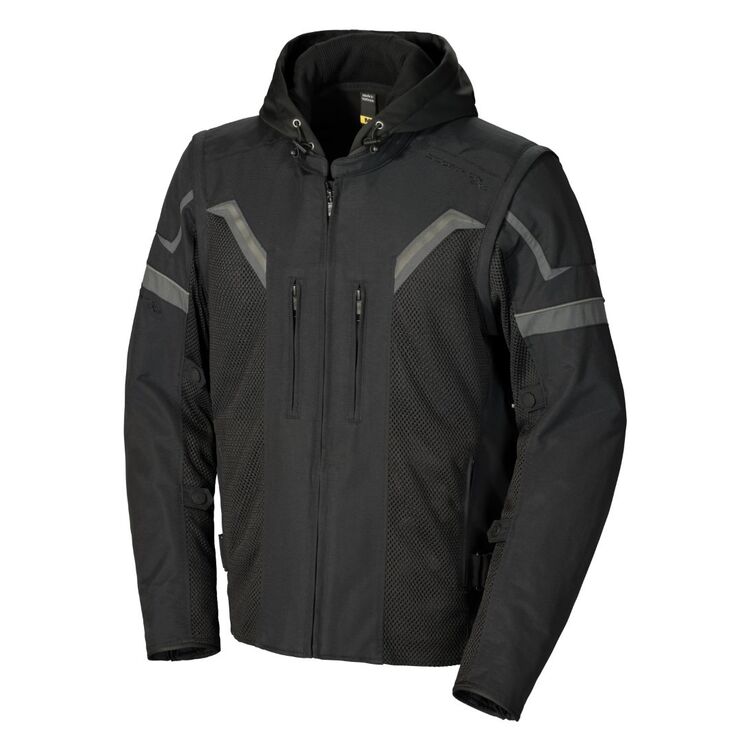 A removable hoodie for cool conditions and zip-off sleeves to help you beat the heat make this riding jacket one of the most versatile on the market. It also lets you pack any unused parts into tuck-away panels so you can carry them with you without having to rely on panniers or saddlebags. Comfortable and convenient. 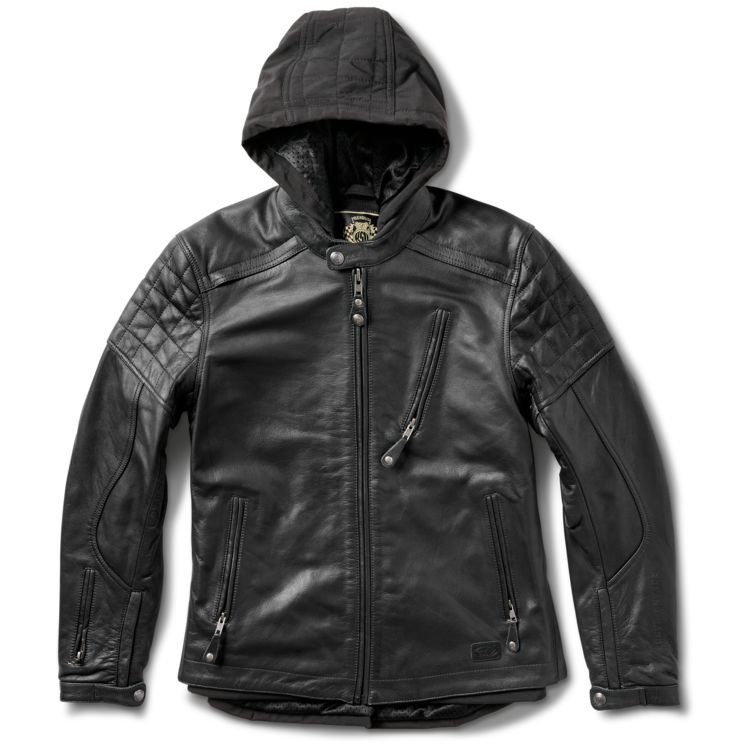 A practical-but-aggressive option for riders who want an edgy look without sacrificing protection or comfort. You get CE Level 1 Knox armor in the shoulders and elbows, plus a removable hoodie and plenty of venting to keep the air flowing when conditions warm up.

Riding Gloves Up to 70% Off 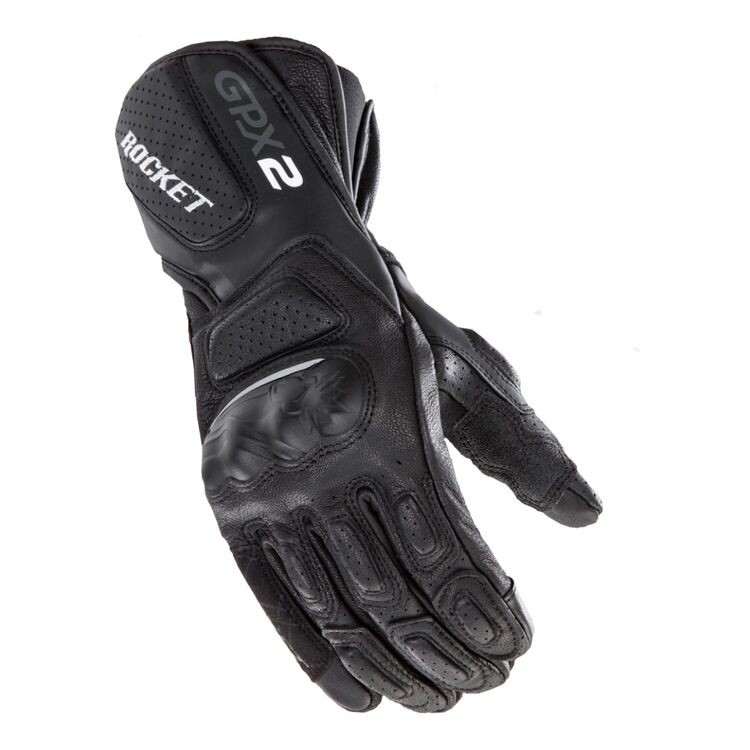 An updated version of Joe Rocket’s formidable track-level GPX gloves, these ones were designed explicitly for use on the mean streets of—well, wherever you ride. Made in a gauntlet style with a goatskin chassis, they also feature injection-molded knuckle protectors, texturized non-slip palm overlays, and reflective features on the backs of each hand to keep you visible. Trust us; you’ll want to show these off. 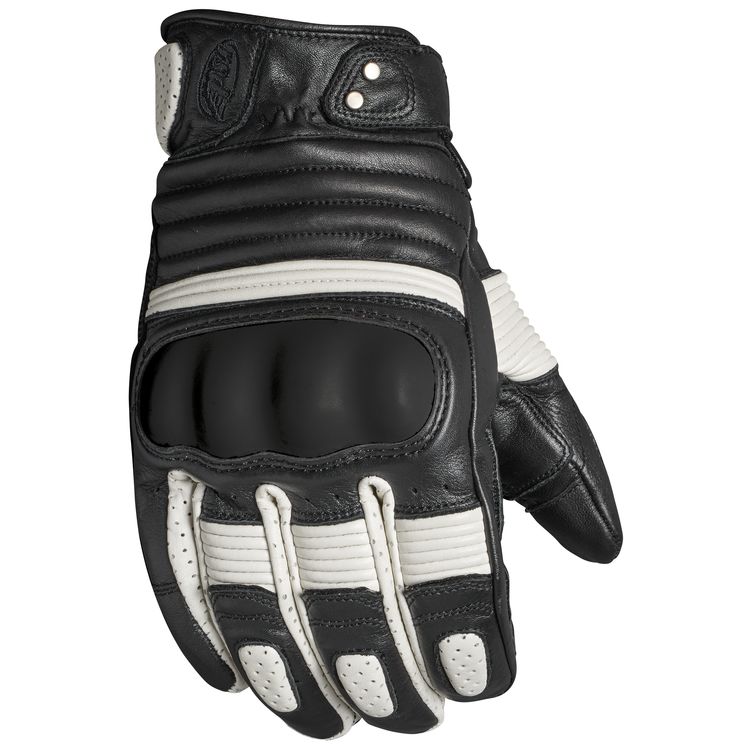 What can fifty bucks get you these days? A small bag of groceries? Half a tank of gas for your Road King? Or how about these tough-as-nails cowhide leather gloves with padded palms, flex knuckles, and a 100% tricot liner? Seems like an easy choice to us. 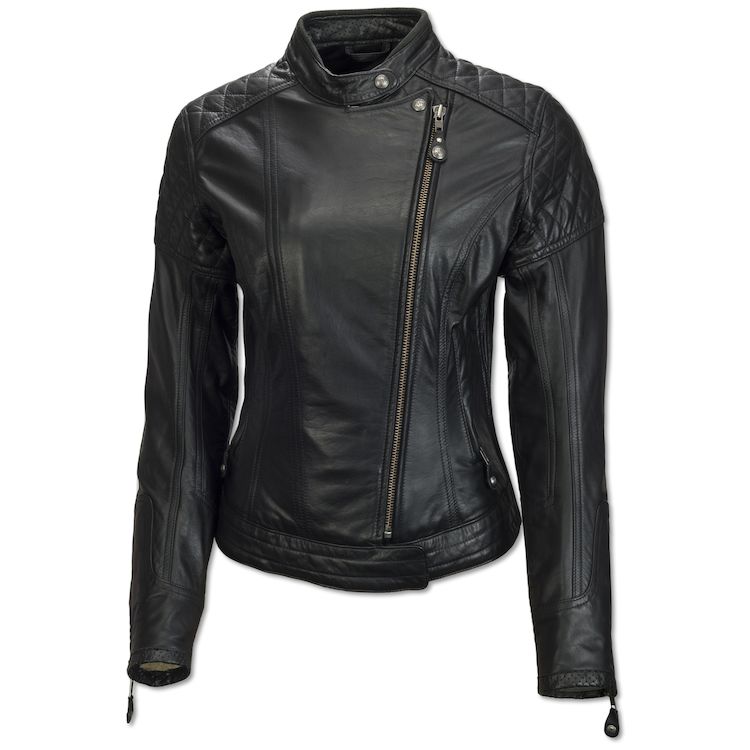 Hooligans and troublemakers rejoice—this jacket is the perfect top portion of your uniform. Top-grain cowhide construction helps you keep your skin in a slide, while pockets are built in to hold optional armor in the shoudlers, elbows, and back. And with a streamlined rider-friendly fit, you’ll look at sleek as you feel protected. 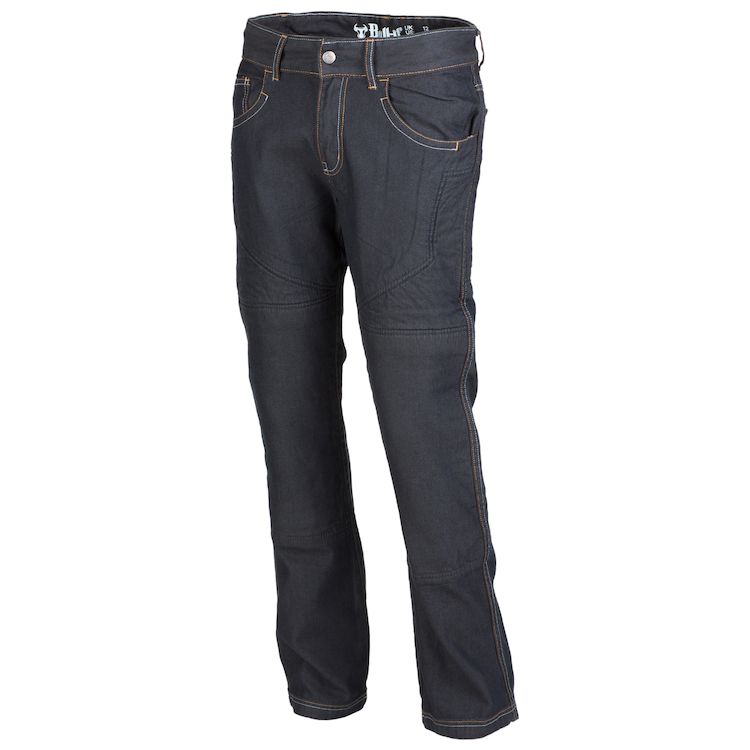 These straight-leg riding jeans will keep your butt from chafing if you accidentally sit down at speed on the pavement, offering 89.6% of the abrasion resistance you’d expect from 1.4mm cowhide. Optional armor slides easily into the pockets at the hips and knees, too. 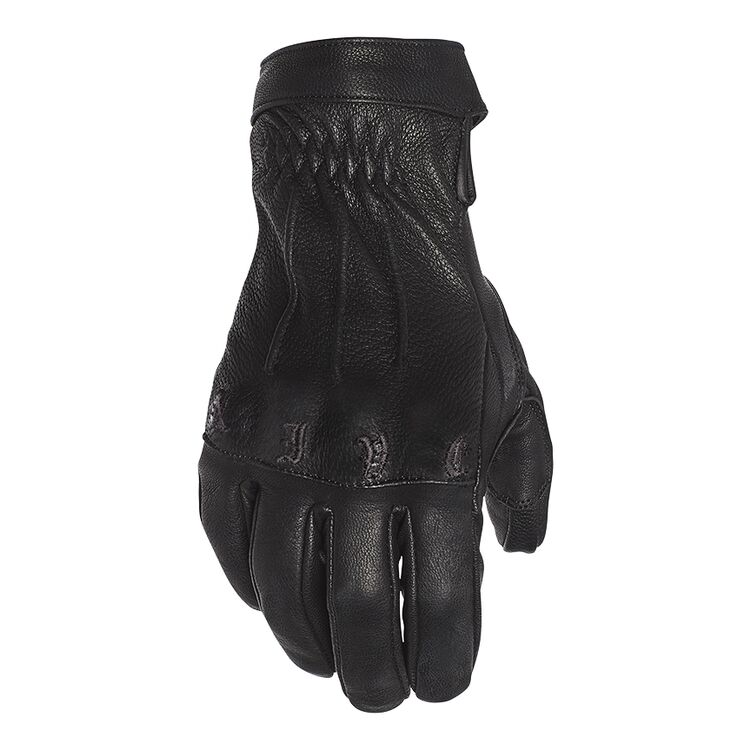 Tough goatskin protects your skin, while knuckle guards add impact protection where you need it most and a pre-curved fit makes it easier to wrap your hands around the grips of your bike with confidence. We dare you to do better in the gloves department for less than thirty bucks.

The hoodie is becoming a big fashion trend among urban riders so now award-winning UK protective clothing company, Covec Limited has introduced a Tactical Hoodie to their Bull-It range.

It’s a comfortable and versatile jacket with some interesting features and suitable protection for the urban environment.

I’ve been wearing this soft-canvas-feel jacket for a few weeks now and find it very comfortable both on and off the bike.

Apart from being a trendy style, the hoodie is also practical for extra warmth when you are off the bike.

I’ve worn a few hoodie motorcycle jackets and have found some annoying because the hoodie section flaps around and can slightly impede head movement.

Despite the fact that the hoodie can’t be removed or clipped down, it doesn’t affect head movement nor flap around. The pull cords do flap in the breeze, but they are soft and don’t annoy or distract.

It features a zip-out full-size quilted liner, but it’s not really a winter jacket. It’s more suited to temperatures between 12C and 30C.

A clever feature of the liner is the extra high corduroy-lined collar which snap-locks together and provides some protection from the cold so you don’t need to wear a neck sock.

The waist band and cuffs are elasticised for a firm fit and the cuffs also feature loops that go around your thumbs to prevent the wind pulling your sleeves up.

The two outside pockets have waterproof YKK zips and the taped seams are waterproof, but the pockets and the jacket outer shell are not waterproof, only shower resistant.

Inside are two pockets in the liner and two in the jacket itself which are difficult to access when you have the liner in.

The inside jacket pockets have Velcro’s fasteners but there are no fastenings on the liner pockets, so be careful when throwing your jacket over a cafe chair as your wallet could fall out as I found!

This isn’t a jacket you would wear to a race track.

It’s more suited to the urban environment or for touring where comfort and flexibility play an important primary safety feature.

As MotoCAP chief scientist Chris Hurren explains in this video, there are different levels of abrasion, impact and seam-bursting protection required for different types of riding.

This jacket has not yet been tested by MotoCAP.

However, it features Covec yarn in the outer shell to boost abrasion resistance reinforced with Covec’s “Webtech” race-developed abrasion protection.

It has been tested to the new CE standard (17092) standard for AA protection.

They say it also has lower thermal conductivity which reduces chances of friction burns in a slide down the road.

It comes standard with CE 1621 Level 2-approved armour in the shoulders, elbows/forearm and back.

There are some reflective strips on the jacket for night visibility but they are fairly small.

It also features two elasticised loops in the bottom of the jacket that attach the jacket to the belt loops on your pants so they don’t become detached and expose your body in a crash.

Covec Limited is the parent company of Bull-it Jeans.

In April 2020, they received the Queen’s Award for Enterprise recognising their export success to 14 different countries in Europe, Australia, North America and New Zealand.

Covec’s material is used in sportswear, military clothing and their motorcycle clothing brand, Bull-it, which makes jeans, leggings and jackets.

It is also licensed to a variety of global brands including Triumph Motorcycles, Rokker of Switzerland, KLIM USA, RevZilla, IXS and The Bike Shed Motorcycle Club.

Company founder Keith Bloxsome says they made their first container sale to Australia, quickly followed by New Zealand in 2012.

Covec’s material is used in sportswear, military clothing and their motorcycle clothing brand, Bull-it, which makes jeans, leggings and jackets.

It is also licensed to a variety of global brands including Triumph Motorcycles, Rokker of Switzerland, KLIM USA, RevZilla, IXS and The Bike Shed Motorcycle Club.

In Australia, the internationally recognised MotoCAP testing facility has so far only tested Bull-It’s jeggings which received a full five stars for comfort but only half a star for safety.

It should be noted that the other leggings tested from Draggin and Oxford also rated half a star for safety.

In the past six years, Covec increased overseas sales by 587% with exports making up 53%.

This has been recognised with the Queen’s Award for International Trade for Outstanding Continuous Growth in Overseas Sales.

“R&D has always been at the fore,” Keith says.

“Covec, through its personal protection equipment brand Bull-it, was the first motorcycle denim jean in the world to achieve CE Level II back in 2013, in itself a great team effort.

“This put us in a unique position with our exclusive materials giving our fantastic distributor and dealer network more safety and sales tools to do the job.”