The C594 was the final version of the Cagiva 500cc GP bike, and the best looking GP bike of all time as far as I’m concerned!

John Kocinski won the opening round in Australia and had six other podium positions to finish third in the championship for the ’94 season.

This is chassis No.4 and is fitted with the aluminium swing arm used for the bulk of the season (a carbon fibre unit was used towards the end).

While Cagiva had previously experimented with Ferrari-built carbon fibre frames, 1994 was the first time a composite carbon-alloy frame was used as standard.

The C594 ran a composite carbon-alloy frame as standard

Compared to the C593 it had a more sophisticated engine management system (with three maps) and while slightly down on power it was a far more manageable package.

Engine management was also beefed up on the C594

The powerplant was a big bang 80º twin producing 177 hp 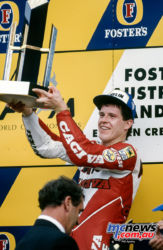 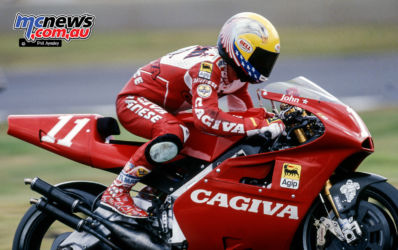 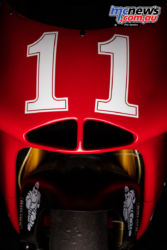 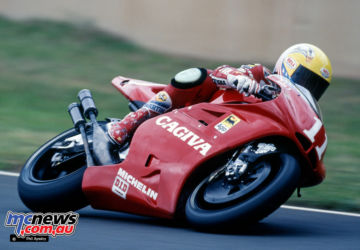 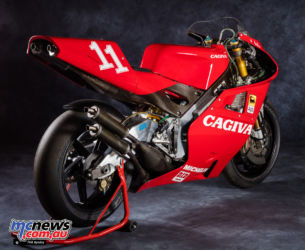 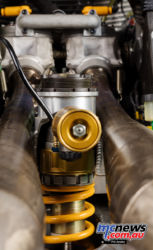 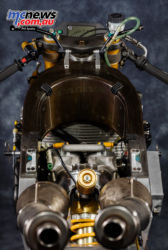 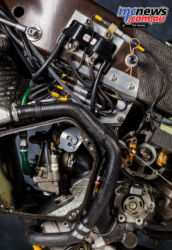 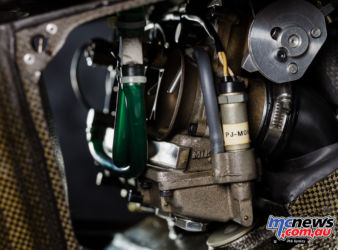 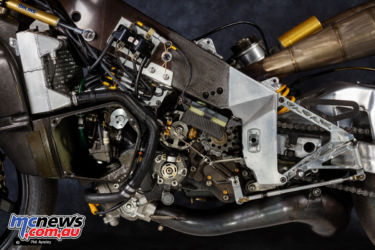 The C594 ran a composite carbon-alloy frame as standard 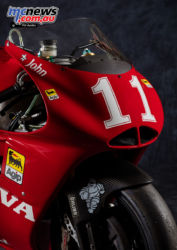 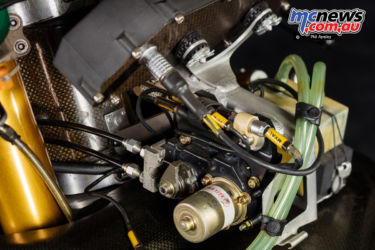 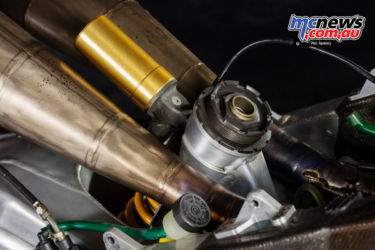 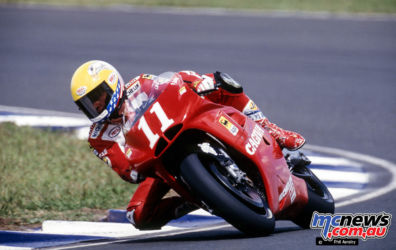 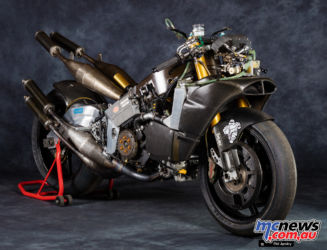 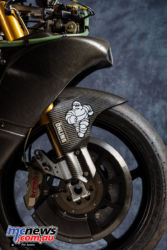 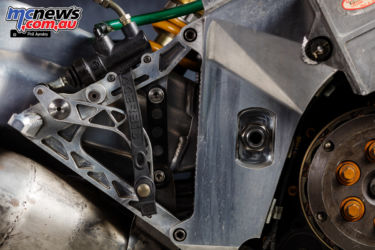 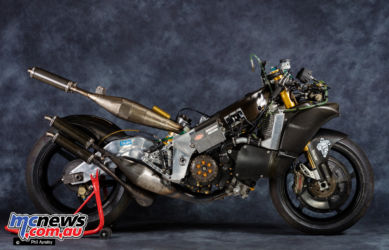 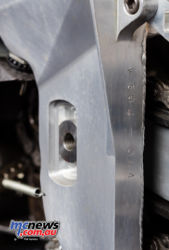