If successful, it will be 11 countries traversed within a single day.

On the longest day of the year, the summer solstice of June 21st, MV Agusta, together with journalist Valerio Boni, will attempt to beat the record of the most countries visited in 24 hours on a motorcycle.

Boni will set off on a 2000 km ride across Europe, respecting all the traffic and speed regulations, starting from Malmö in Sweden and ending at the MV Agusta headquarters in Schiranna, Italy, setting the mark of the most countries visited at 11:  Sweden, Denmark, Germany, The Netherlands, Belgium, Luxembourg, France, Switzerland, Austria, Liechtenstein and of course, Italy. A real endurance test for Boni and his 2021 edition Turismo Veloce Lusso SCS.

Valerio Boni, 62, is an Italian motorcycling journalist. A true motorsport enthusiast, he’d ride anything with wheels and an engine and has a particular predilection for endurance raids. He was among the first Italian riders taking part in African rallies, and rode 125 cc Cagivas to victory in Morocco and Egypt. He also has a passion for long distance, round-the-clock challenges. Last month he set the Guinness World Record for the longest distance on a minibike in 24 hours.

MV Agusta named the enterprise “TVEE”, Turismo Veloce Europe Endurance, inspired by the TEE, Trans Europe Express, the legendary train service that operated in Europe from 1957 to 1991, and which represented, at the time, the fastest and most stylish way to travel across the continent before the advent of high-speed.

But Boni’s quest won’t be stopping at the world record, since he will also attempt to gain SaddleSore 1600K and SaddleSore 2000K certifications from the Iron Butt Association, the “World’s toughest Motorcycle Riders”. The challenges consist in riding respectively 1.600 km and 2.000 km in less than 24 hours.

Valerio Boni commented: “This long, epic ride across Europe will certainly be challenging for both rider and bike, but the 2021 edition of the Turismo Veloce, in its production version, has everything it takes to achieve the objective in the best conditions. Thanks to the Turismo Veloce’s onboard technology we will be able to share the adventure in real time on the official website www.mvagusta.com”

For the Model Year 2021, MV Agusta engineers have been working hard at improving comfort and aerodynamics protection. They also optimised torque and fuel consumption, making the renewed MV Agusta, which also features the new MV Ride App, possibly the most exclusive touring bike of all times. It certainly will be the most reliable, comfortable and stylish for Boni’s 2.000 km ramble across the old continent. 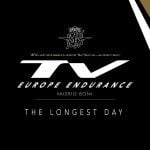 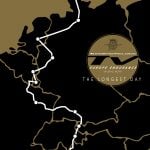 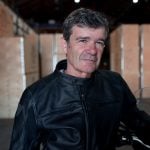 The post MV Agusta To Attempt World Record Of Most Countries In 24 Hours appeared first on Motorcycle.com News.