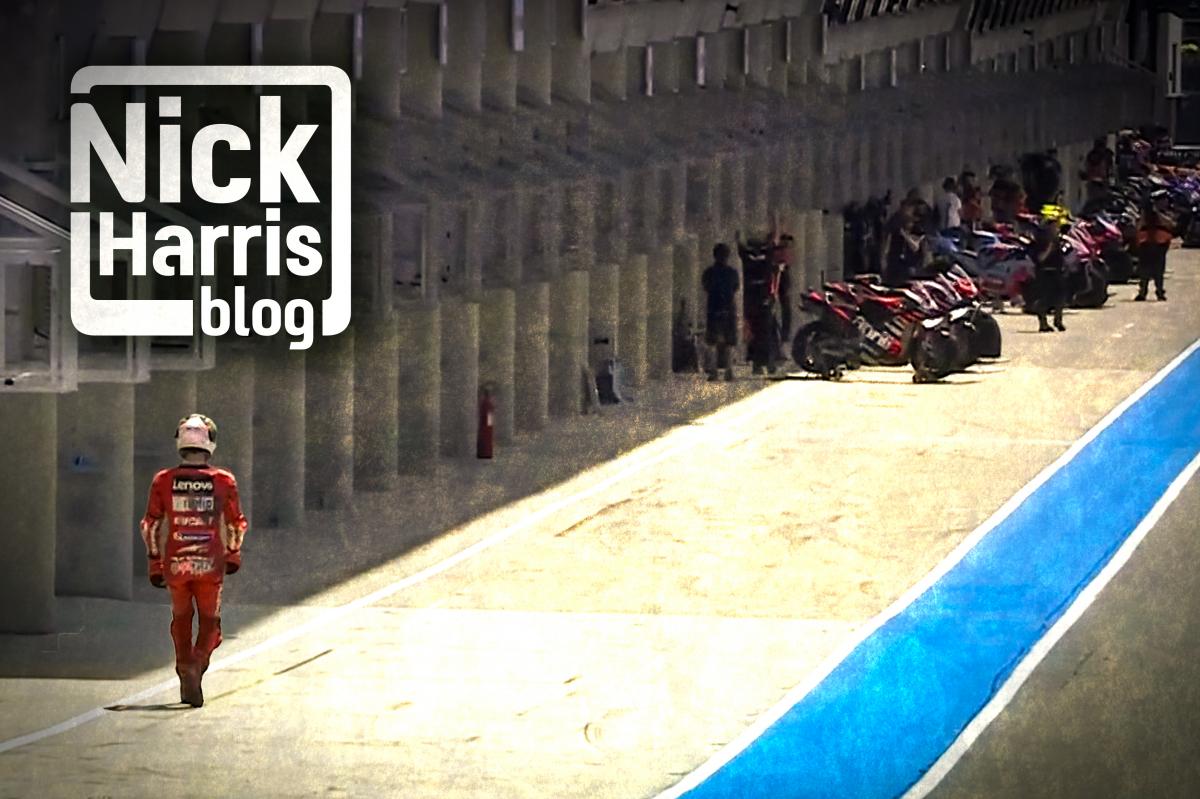 It was an amazing emotional long shot. The difference between success and failure summed up in such a cruel and stark way. While his nearest rivals were fighting for glory just metres away on Le Mans tarmac, a lone figure walked towards pit lane, head bowed and helmet still on. For a moment there was not another person in sight, and only the roar of four-stroke engines and partisan French voices made you realise you were at a racetrack. The red-leathered figure looked so small and forlorn in the long shot. Pecco Bagnaia (Ducati Lenovo Team) did not need reminding, did not need an arm around his shoulder to tell him that not only had he crashed out while fighting with Bastianini but had severely dented any chance he had of World Championship glory. It was such a poignant moment.