Proceeds from the Sale of the Exclusive Triumph Motorcycle to Benefit Boys Republic.

Triumph’s Serial No. 0278 of 1,000, 2022 Scrambler 1200 Steve McQueen Edition motorcycle will be offered for public sale on Saturday, August 14th in Monterey, California, at The Daytime Auction, hosted by Mecum Auctions, with all proceeds from the sale donated to the Boys Republic, a private, nonprofit, nonsectarian school and treatment community for troubled youth. The motorcycle is one of an exclusive run of just 1,000 produced globally and boasts a serial number that matches the number plate ran by Steve McQueen in the International Six Days Trial (ISDT). Held annually at the Hyatt Regency Monterey Hotel and Spa on Del Monte Golf Course during the world-renown Monterey Car Week, The Mecum Daytime Auction will additionally feature 600 classic and collector cars as well as approximately 100 vintage and antique collector motorcycles available for purchase, Aug. 12-14.

It was back in 1964 when actor and motorcycle rider Steve McQueen, “The King of Cool,” helped to form and fund the first official Team USA to enter the famed ISDT motorcycle race held annually in Europe. His team members included Bud and Dave Ekins, Cliff Coleman and John Steen, all of whom piloted their very own Triumph motorcycle in the harrowing and iconic race. Their efforts across the pond were highly publicized, with countless magazines and news outlets including prominent feature articles about the race within their pages. As a result, imagery of McQueen atop his No. 278 Triumph at the 1964 ISDT remains prolific even today.

In celebration of the most famous movie star, stunt and motorcycle in history, the new Scrambler 1200 Steve McQueen Edition is inspired by the Triumph TR6 that pulled off that famous stunt in the iconic war movie classic, “The Great Escape.” This limited edition brings all the category-dominating specification, go-anywhere capability and advanced technology of the new 2022 Triumph Scrambler 1200 XE, and adds its own premium McQueen-themed paint scheme and extensive list of beautiful, unique details. First launched for 2019, the Triumph Scrambler 1200 has rapidly become a modern Triumph icon, setting a new benchmark in its category. Fully equipped with a selection of premium Scrambler accessories, fitted as standard, the Steve McQueen Edition is now officially the highest-specification Scrambler 1200 ever.

With just 1,000 Scrambler 1200 Steve McQueen Edition models available worldwide, each bike is individually numbered on the beautiful billet-machined handlebar clamp, which also features a laser-etched Steve McQueen signature. For even greater exclusivity, each bike comes with a unique certificate of authenticity stating the bike’s serial number, and carrying the signatures of Triumph’s CEO, Nick Bloor, and Chad McQueen, son of the legend himself.

An exceptional opportunity to acquire serial no. 0278 of the exclusive run of 1,000 McQueen-edition Scramblers will come about Saturday, August 14th in Monterey, as it crosses the Mecum auction block with a charitable twist. The highest bidder will not only become the proud new owner of this amazing motorcycle that bears a serial number matching the number plate ran by McQueen in the 1964 ISDT, but they will also write the check for its purchase directly to the Boys Republic school for troubled youth. The winning bidder will also be invited to attend the annual dinner of the Steve McQueen Car and Motorcycle Show scheduled for October 2 as a Guest of Honor at the school located in Chino Hills, California. The school was founded in 1907 and has since helped more than 32,000 at-risk teenage boys and girls lead productive, fulfilling lives, including alumni Steve McQueen, who not only graduated from the school, but also later provided funding and support to the organization and its mission.

The Mecum Daytime Auction in Monterey is open to buyers, sellers and spectators. Bidder registration is available online in advance and on-site for $200 and includes admission for two to each auction day. Those unable to attend and bid in-person are encouraged to register for telephone and internet bidding. Doors open each day at 8AM PT with the vehicle auction beginning daily at 10AM PT on Thursday, Aug. 12 and at 9AM PT on Friday and Saturday, Aug. 13-14. Portions of the auction will be broadcast on NBC Sports Network.

Mecum’s website is updated daily with the latest consignments including detailed descriptions and photographs of the vehicles. To view the list, to consign a vehicle or to register as a bidder for this and all Mecum auctions, visit Mecum.com, or call (262) 275-5050 for more information.

Bidder Registration: $200 in advance online and at the door; includes admission for two to each auction day

Auction: Vehicles begin at 10AM PT on Thursday, August 12 and at 9AM PT on Friday and Saturday, August 13-14

TV Schedule: To be announced 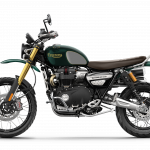 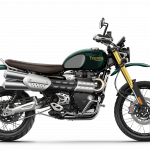 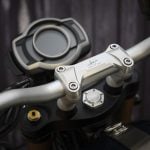 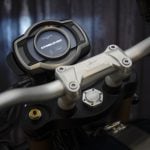 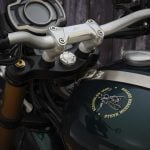 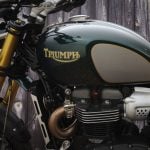 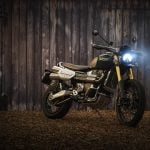 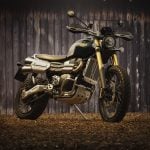 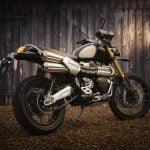 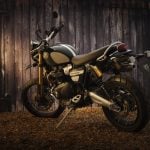 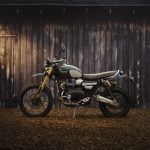 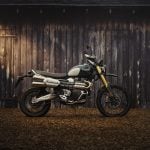 The post Steve McQueen Edition Triumph Scrambler 1200 To Be Offered at Mecum Auction in August appeared first on Motorcycle.com News.