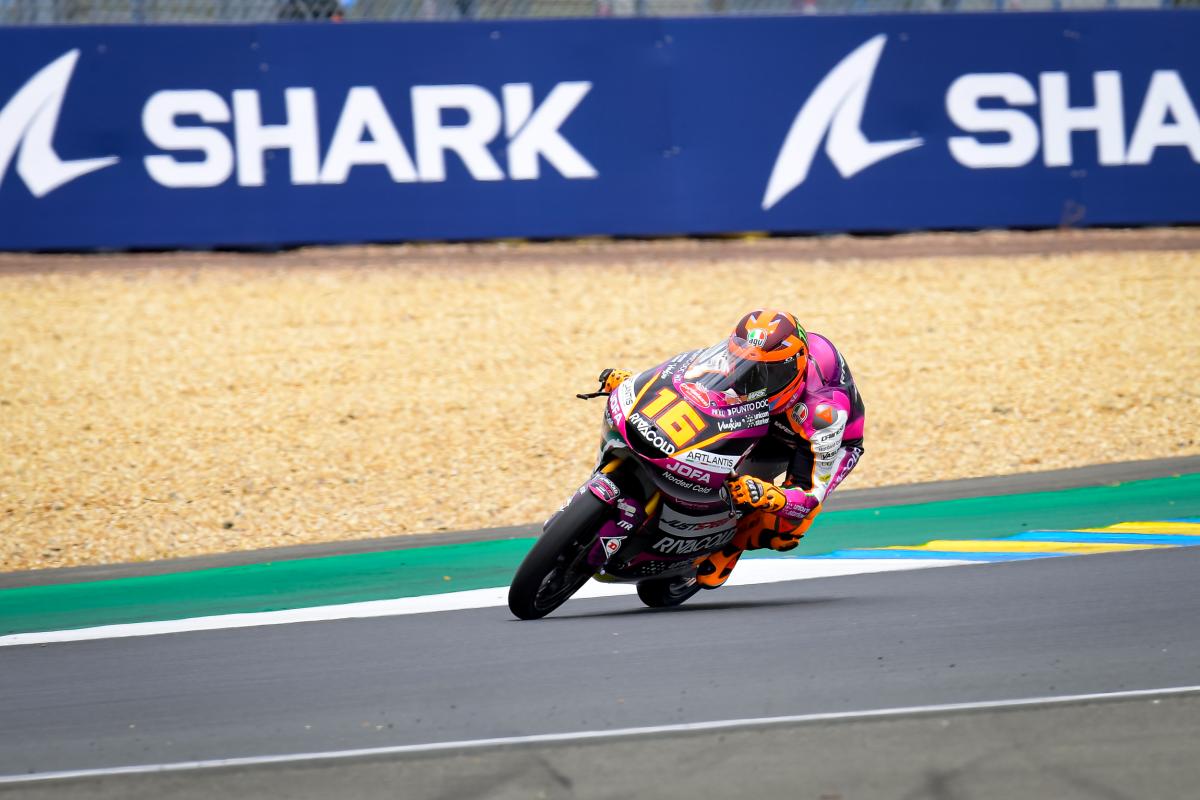 A few minutes later, all eyes were on the Q2 runners – and the weather. Dark clouds circled the famous Le Mans circuit and it was all about getting out on track, while it was dry, and going as fast as possible. It didn’t take long before the heavens opened though, and there was early drama for second in the World Championship Niccolo Antonelli (Avintia Esponsorama Moto3) and Rossi. The duo crashed at Turn 11 together where the rain was falling, both were ok, as the other Q2 runners then piled into pitlane to switch from slick Dunlops to wet.