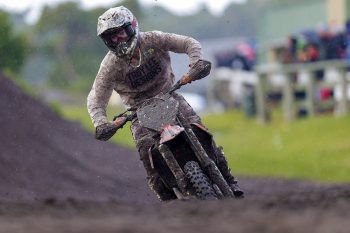 In a breakout ride, KTM Racing Team’s MX1 rookie Regan Duffy drew first blood at the opening round of the 2021 Penrite ProMX Championship at Wonthaggi.

Fastest qualifier Duffy started the moto outside the top 10, but fought his way forward, passing Waters for third at the halfway point.

Up front, Metcalfe put on a hard charge as Clout began to tire, and made a decisive pass for the lead with four laps to go.

The South Australian went on to win the race from Clout and a fast-finishing Duffy, while Waters and Kirk Gibbs (Terrafirma Equipment Sales Honda) rounded out the top five.

Kirk Gibbs snatched the holeshot of the second Thor MX1 moto and led the pack through the first turn, followed by a host of championship front-runners.

Clout and Mellross both enjoyed time at the front of the pack early on, before Duffy, who’d started towards the rear of the top 10, tore his way through into the lead and began checking out.

Clout worked his way back past his team-mate Mellross for second, but experienced a mechanical failure and DNFed the race.

Up front, Duffy continued to build his lead over Waters and Gibbs, stretching his buffer out to 17 seconds at one stage, as he lapped up to ninth place.

Waters held off a late charge from Gibbs to secure second place, while moto 1 winner Metcalfe rounded out the top five. 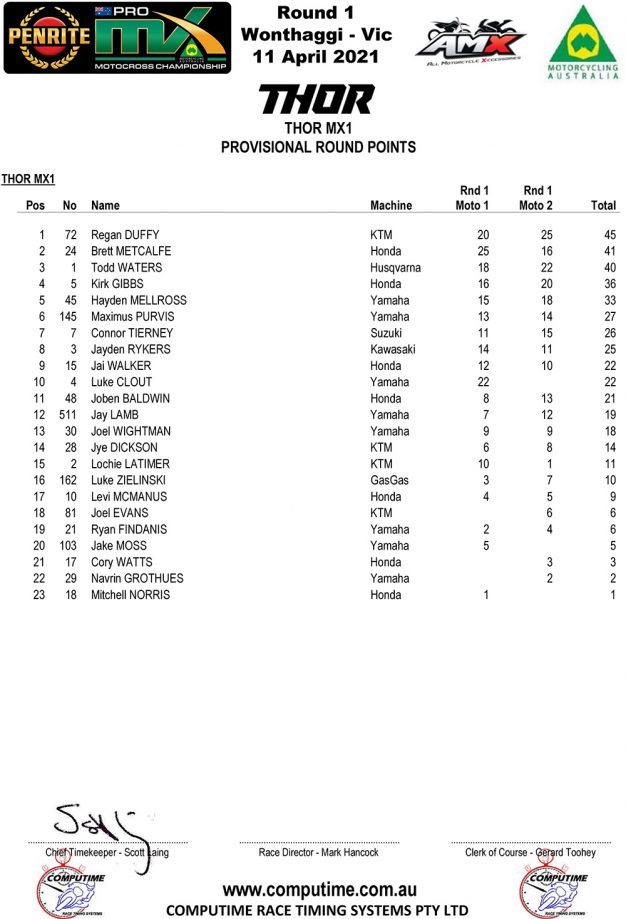