The pair will celebrate individuals “Like No Other” who make up the Can-Am riding community.

As part of its ongoing efforts to promote diversity in powersports, BRP (TSX: DOO; NASDAQ: DOOO) is collaborating with two power players in the music industry – rock icon JOAN JETT and hip-hop visionary SAINt JHN. Together, the pair is taking part in a new Can-Am On-Road ad campaign called Outliers, which celebrates the diverse makeup of the on-road riding community.

Outliers leverages the powerful voices of JOAN JETT and SAINt JHN – alongside the Can-Am  On-Road owner community – to address preconceived notions about what open-road riders should look and act like. It celebrates those, like JOAN JETT and SAINt JHN, who aren’t afraid to live life on the fringe, and focuses on the power of unity, which is deeply embedded in the Can-Am riding culture. The campaign directly challenges stereotypes in order to create a more inclusive space for riders of all walks of life.

“Our mission is to democratize the open road, because riding is incredibly fun for everyone,  regardless of background or riding experience,” said Martin Ethier, Global Marketing Director,  Can-Am On-Road at BRP. “We’re seeing more and more people coming into the sport, especially women and people from diverse communities. No matter who they are, all Can-Am riders share  one common bond; the love of hitting the road on a ride like no other.”

BRINGING THE CAMPAIGN TO LIFE

JOAN JETT and SAINt JHN lend their unique style and energy to the Outliers campaign, which includes a TV spot directed by cinematographer and visionary Daisy Zhou. The Brooklyn-based director, revered for her work with brands like Spotify, Nike, Aston Martin, and many more, brings her eclectic style and vision, merging the worlds of different types of riders.

The spot features SAINt JHN riding through the streets of Los Angeles on his Can-Am Ryker as if it were his own urban playground. Cut to JOAN JETT, seen center stage at a Brooklyn warehouse, cinematically cruising on her Can-Am Spyder F3-T with the ferocity and rawness that only a true rock legend can embody. Scored by SAINt JHN’s song titled “Gorgeous,” the high-energy soundtrack and dramatic visuals are emblematic of the campaign’s message.

“We’re not outlaws, we’re outliers” is the thematic rally cry for people of all backgrounds to fearlessly take on the road ahead with Can-Am and experience a ride like no other.

In addition to the ad spot, JOAN JETT and SAINt JHN will work alongside Can-Am to engage current riders and fans across multiple touchpoints, both in person and virtually.

THE MERGING OF TWO TITANS

JOAN JETT is an originator, an innovator, and a visionary. As the leader of the hard-rocking  Blackhearts, with whom she has become a Rock and Roll Hall of Fame inductee, she’s had  eight platinum and gold albums and nine Top 40 singles, including the classics “Bad  Reputation,” “I Love Rock ‘N’ Roll,” “I Hate Myself For Loving You,” and “Crimson and Clover.”  Her independent record label, Blackheart, was founded in 1980 after she was rejected by no less than 23 labels. Blackheart is one of the longest-running indie labels and continues to give voice to new bands. As a producer, she has overseen albums by Bikini Kill, Circus Lupus, as well as the Germs’ LA punk masterpiece, GI. JETT’s music has become a permanent force in mainstream culture. JETT and the Blackhearts continue touring the globe with headline shows alongside fellow rock icons like The Who, Green Day and the Foo Fighters. Additionally, JETT  has acted and appeared in movies & television, including the film Light Of Day. JETT was also able to see her story told in The Runaways starring Kristen Stewart as JETT, and Dakota  Fanning as Currie. JETT was close to the project, serving as executive producer. Bad  Reputation, a documentary about JETT’s life, premiered to critical acclaim at the 2018  Sundance Film Festival. The film continues to receive praise and accolades and is available on all streaming platforms.

“To be a part of Can-Am’s latest campaign is pretty cool. I’ve seen and done a lot, but it’s not every day you get to try something new like learning to ride on three wheels. It’s like the thrill of being on stage,” said JOAN JETT.

SAINt JHN is a Brooklyn/Guyana hip-hop artist, producer, creative, and a driving force in contemporary music. Beginning as a writer for artists such as Usher and more, SAINt JHN has reached incredible worldwide success thanks to tracks such as the multi-platinum “Roses,”  “Brown Skin Girl” (Beyoncé), the Kanye West collaboration “Smack DVD,” “Borders” (Lenny  Kravitz), and other collaborations with J Balvin, Future, Meek Mill and Da Baby. Inspiring a new generation of fellow wave-makers, SAINt JHN is a natural choice to join Can-Am in challenging the stereotypes around so-called “traditional riders” and help lead a new kind of rallying cry for  Outliers everywhere.

“Similar to when you’re on the road, I draw inspiration from the hard rides,” said SAINt JHN. “The things that are smooth and easy can be fun, but the things that challenge you are where you find the real inspiration. That’s why partnering with Can-Am felt right. They pave their own roads and  think without boundaries just like I do.”

To discover what it means to be an outlier and learn more about Can-Am and the latest campaign, visit canamonroad.com and follow Can-Am on social at @canamonroad. 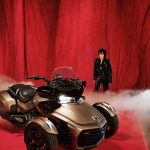 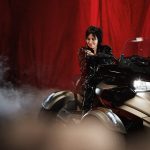 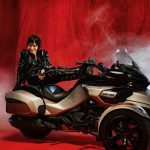 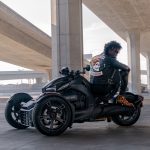 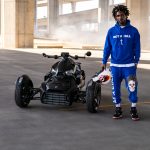 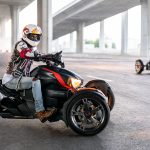 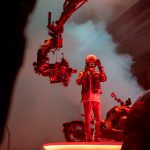 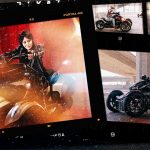