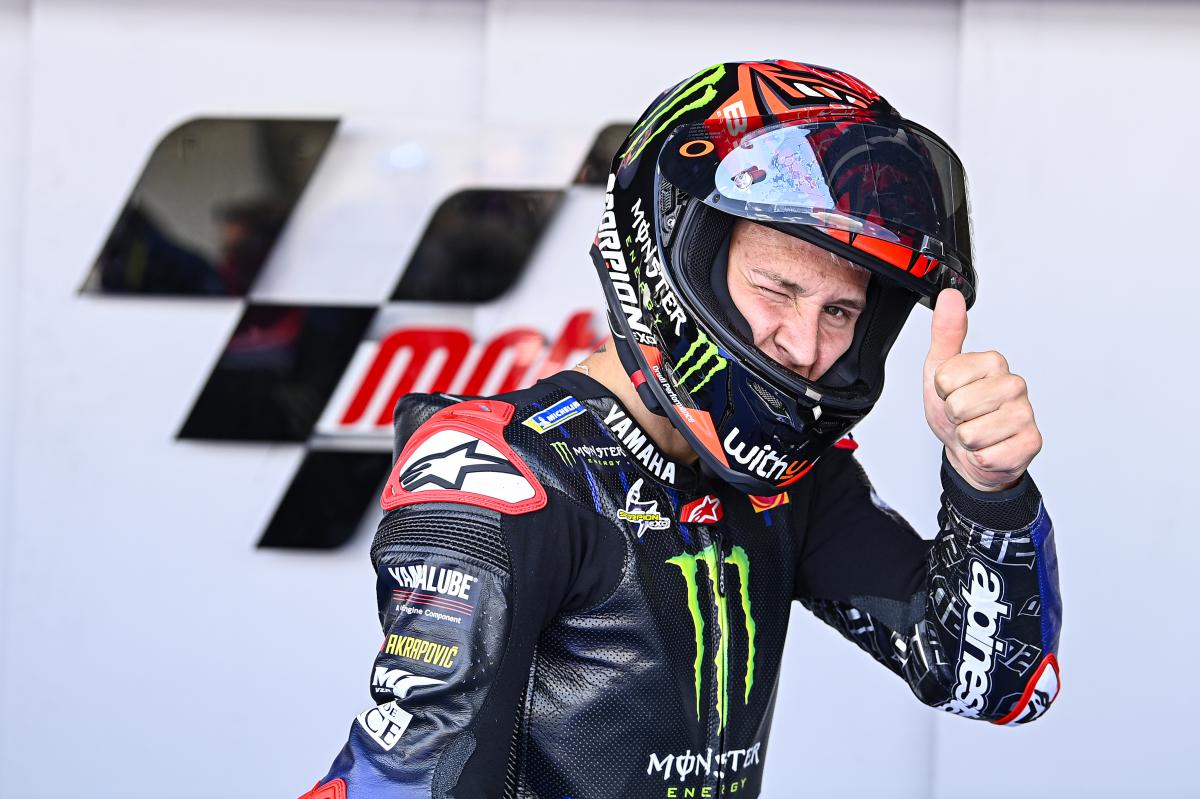 Any question marks over if someone could cause late drama and steal a fourth straight pole from Quartararo were well and truly put to bed when he found yet another improvement, a 1:36.755, with his final flying lap. The front row wasn’t settled yet though, with Bagnaia, having detached his teammate, throwing one final time attack at it. Could he knock Miller off of the front row? No, but he only just missed out. A tenth of a second was the difference but he was forced to settle for fourth. Sunday’s front row of the grid, therefore, will be Quartararo, Morbidelli and Miller but don’t discount Bagnaia’s Bologna bullet off of the line.