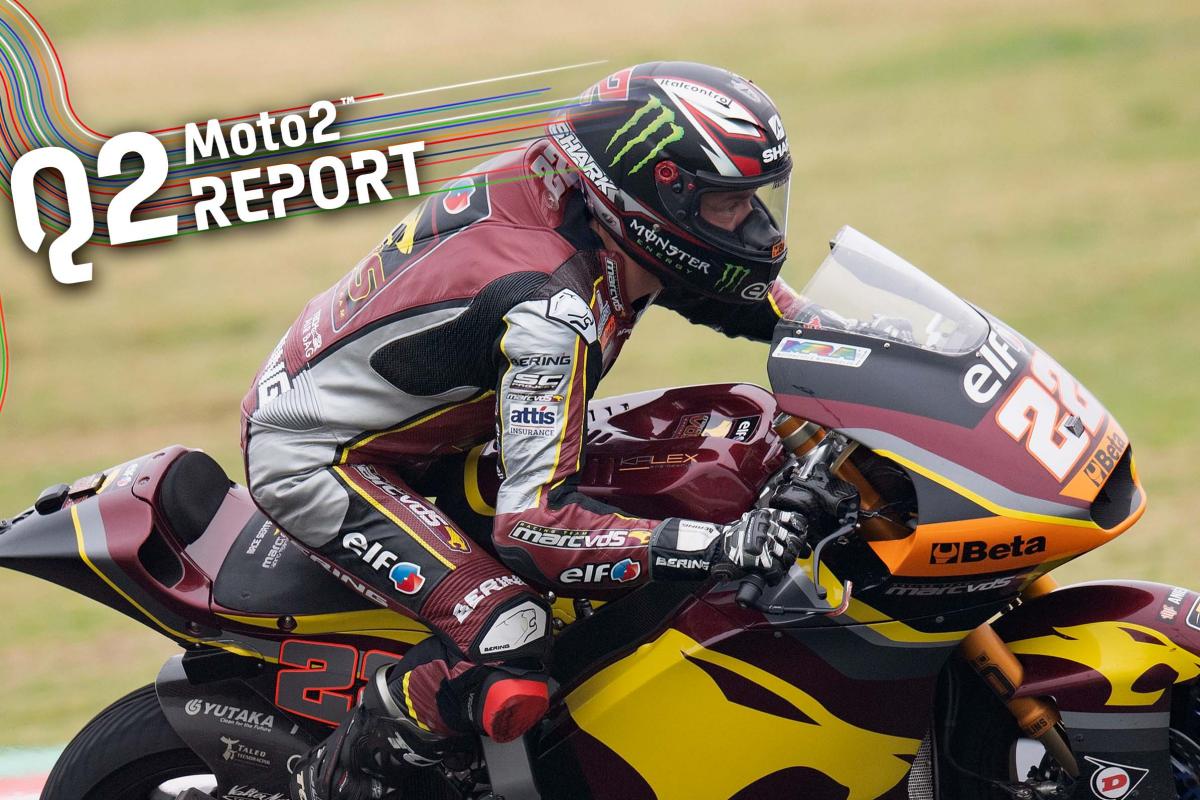 Gardner and Raul Fernandez find the going tough in Q2

With no rain in the air and the track continuing to dry, the lap times would get quicker and quicker in the chase for Moto2™ pole position. Navarro came through a Q1 crash fest to immediately set the pace, with Gardner lingering down in P15 with five minutes to go. Both Xavi Vierge and Petronas Sprinta Racing teammate Jake Dixon crashed at Turn 15 – one after another – in a scary incident to bring out the yellow flags, with Celestino Vietti (SKY Racing Team VR46), Ai Ogura (Idemitsu Honda Team Asia) and Stefano Manzi (Flexbox HP40) crashing too.

Meanwhile, Augusto Fernandez and Aron Canet (Aspar Team Moto2) climbed into P2 and P3 respectively behind Navarro, as Raul Fernandez tucked the front at Turn 2 – the title contender was in the gravel. All these yellow flags were hurting Gardner’s progress, and down in P15 still, the Aussie had one lap left to try and climb the rankings.

Lowes was able to slam in two consecutive pole position laps, but Gardner – despite improving his time on the last lap – was only able to make up one spot to P14. Disappointment for the title leader, but with Raul Fernandez only 9th, it could have been worse.

Nine points separate Gardner and Raul Fernandez in the chase to be crowned 2021 Moto2™ King, what size will that gap be come Sunday afternoon? Tune in at 12:20 local time (GMT+2) to find out what title twists lie ahead.