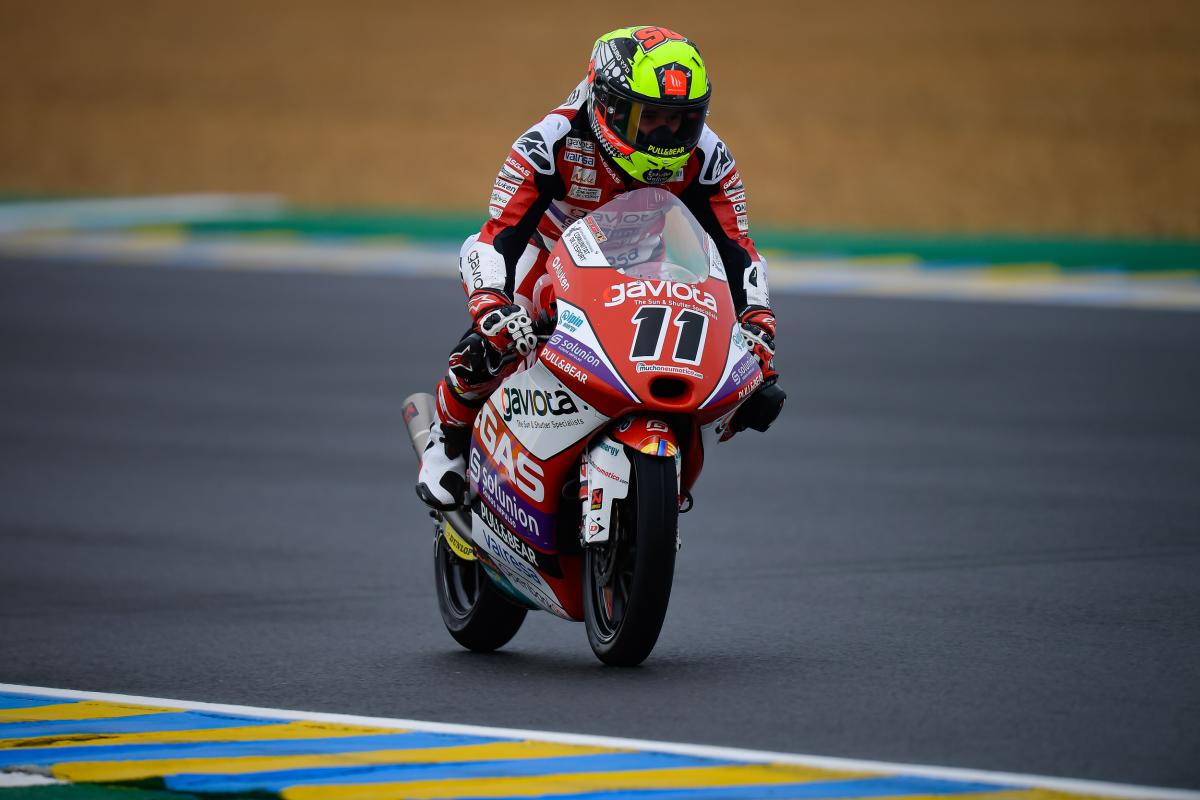 At the halfway point, Salac had now set the fastest lap and was now back to under a second behind race leader Garcia. A 1:54.709 was slammed in by Salac, the gap just six tenths to Garcia, and there was an encouraging head nod from the lanky Honda rider heading onto Lap 13 as if to say, ‘this is on, let’s go.’ Half a lap later, Garcia was wide at Turn 8, and Salac was now the race leader. But not for long, Garcia grabbed P1 coming back onto the front straight with nine laps to go as McPhee was now the fastest rider on track, but the Scotsman was 11 seconds off the leaders in P5.