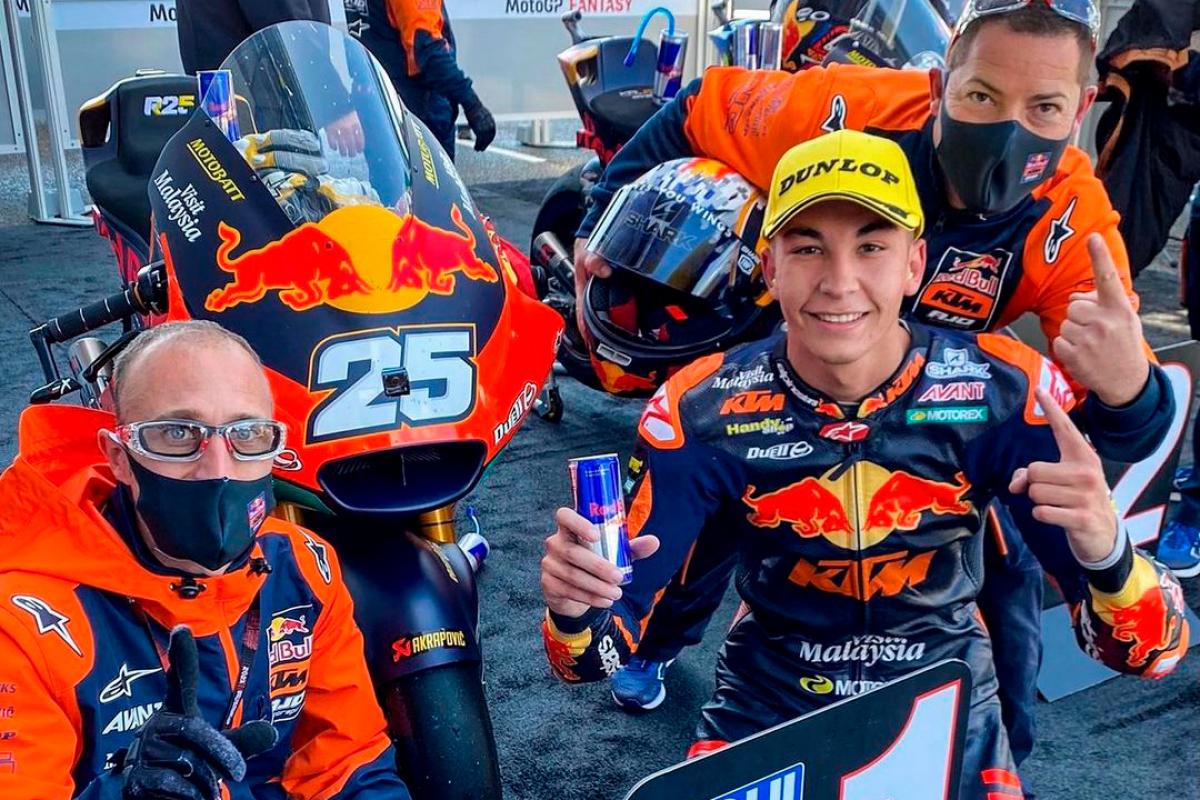 Undeterred though, Raul Fernandez was holding his nerve. As he clocked another lap and headed onto Lap 23, the Spaniard set his fastest lap of the race and his lead was now 1.8s. And with one lap remaining in France, Fernandez’s gap to Gardner was 1.9s, with the latter 2.9s ahead of Bezzecchi in third place. No mistakes were made from the rookie sensation on the final lap, and Fernandez crossed the line to win his second race of 2021. Aki Ajo has unearthed a new star, with Gardner making it a Red Bull KTM Ajo 1-2 as a single point splits Gardner and Raul Fernandez in the overall standings. For Gardner, that’s now four podiums in five to begin the campaign.