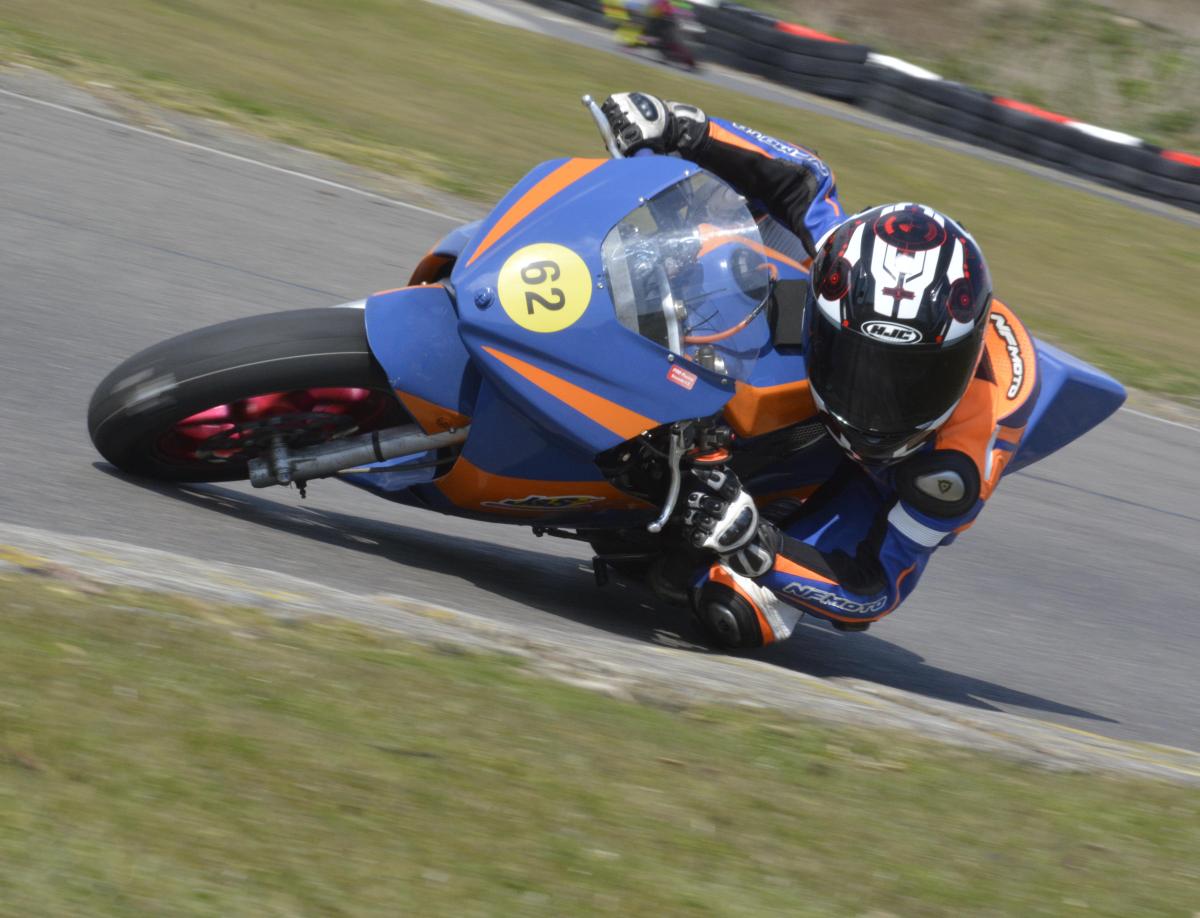 Race two was the pick of the weekend with a scintillating on-track battle took place. Edmunds was looking at continuing his 100% start to the season and led away off the line ahead of Holt, Scofield and a lighting starting Warwick Brady who was making his return after a season ending injury took away most of his 2020 campaign. The weekend had gone all the way of Edmunds, but Holt had started to look much more racy on his new bike and held onto the rear tyre of Edmunds for the entirety of the race and with a final lap tantalisingly close, Edmunds just did enough to hold off Holt as the pair crossed the line split by a tenth of a second. Luke Scofield made another trip to the podium in a lonely third, but crucially keeping himself in the early season title picture.