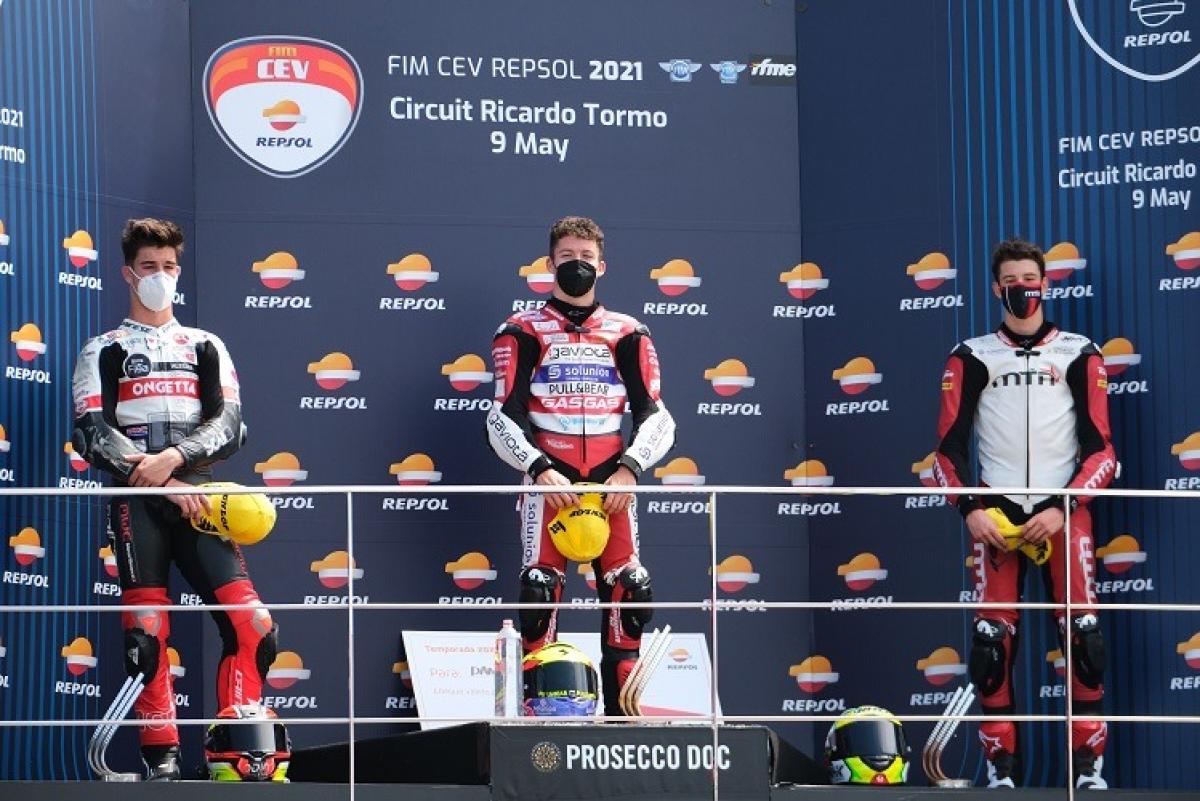 As is the usual case, HETC provided more intense action as the class took the track in the morning for their first race, and it was a third different winner in as many races as 12-year-old Brian Uriarte (Team Estrella Galicia 0,0) stunned everyone from 14th on the grid. The Spanish sensation picked his way through the order to eventually hit the front, seizing his opportunity to take Race 1 honours. Second place went to pole-sitter Hugo Millan (Cuna de Campeones) who grabbed the Championship lead, whilst third place belonged to his teammate Xabi Zurutuza, after Maximo Martinez (Team Honda Laglisse) received a post-race penalty for a previous infringement. It was a disaster for Alvaro Carpe (MT-Foundation 77), who after leading most of the race and starting third, retired with mechanical issues.

HETC Race 2 was another titanic duel as Adrian Cruces (Cuna de Campeones) and teammate Millan eased away at the front, ahead of Alvaro Carpe and a charging Angel Piqueras (Team Estrella Galicia 0,0). With the battle between the Cuna de Campeones teammates igniting, Carpe and Piqueras closed in and Carpe pounced on the final lap at the last corner, hitting the front to take a career-first race victory. Cruces and Millan followed their fellow countryman home whilst it was disaster for Piqueras, who crashed on the exit of the final corner on the last lap. Cruces lead the title ahead of Millan by a single point after Round 2, with Xabi Zurutuza third. Carpe’s win elevates him to eighth.

For all the results from the past, present and future and more news regarding the Championship, visit www.fimcevrepsol.com