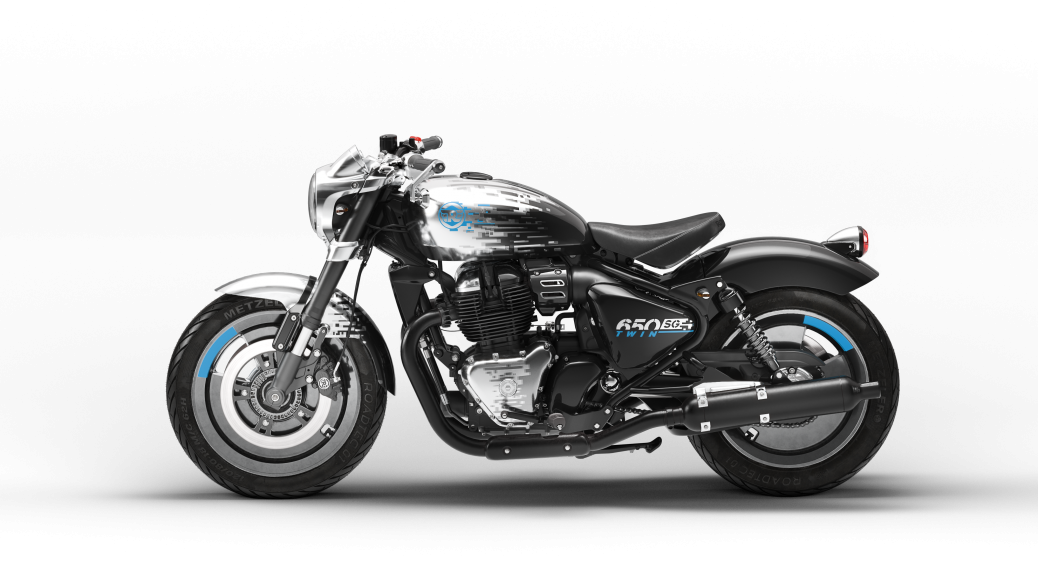 Royal Enfield has showcased a new concept at EICMA 2021 that’s currently underway. Dubbed the SG650, the concept is of a cruiser motorcycle that’s likely to debut sometime next year.

Bikewale has mentioned that the ‘SG’ suffix likely stands for ‘Shotgun’, which the upcoming motorcycle is expected to be called. The SG650 concept strikes a middle ground between what the company’s existing line-up of retro motorcycles looks like and the direction that its future products are heading in. 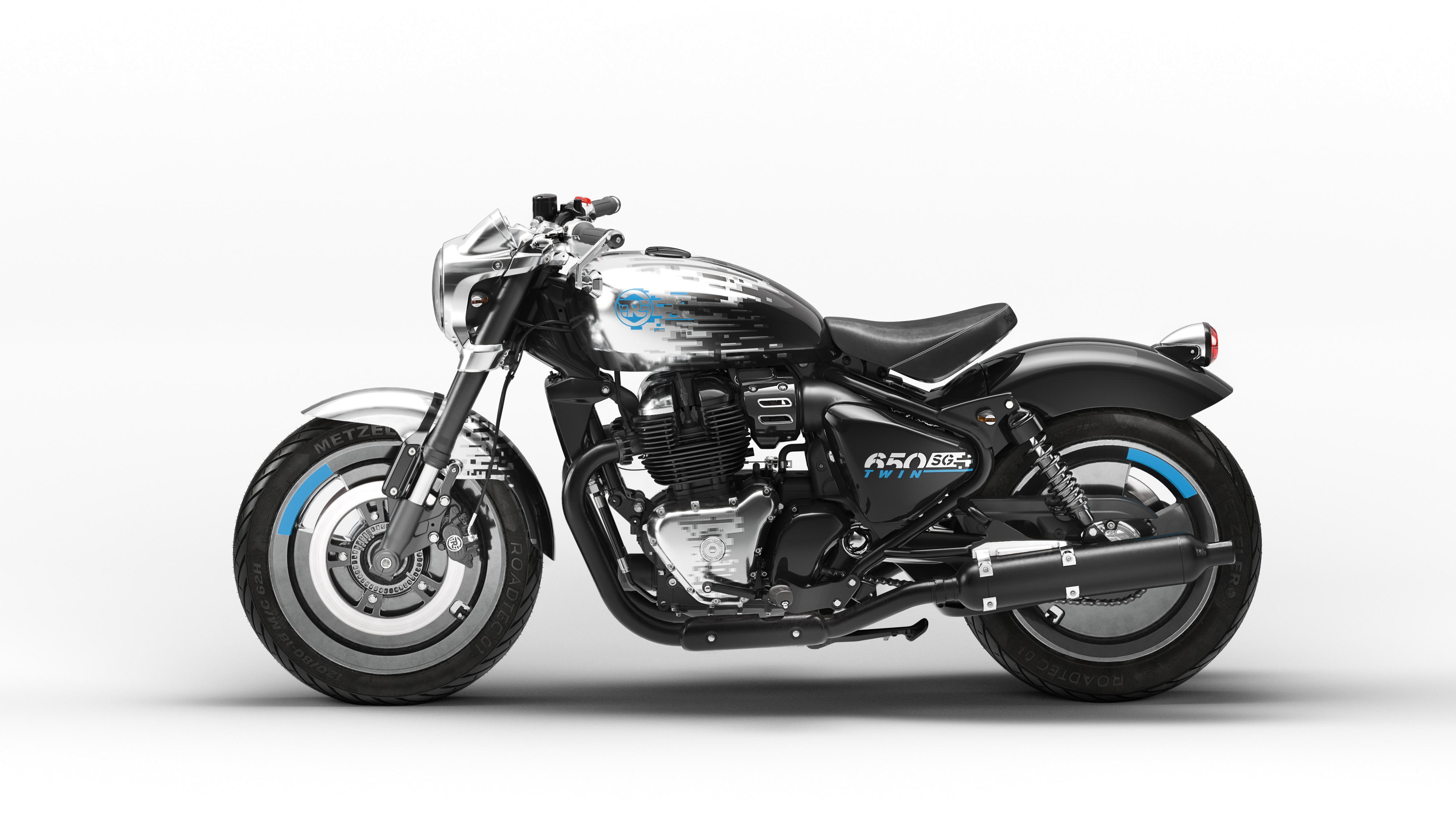 The showcased concept features a gorgeous brushed aluminum finish with black side panels, exhaust pipes, and a blacked-out engine. Interestingly, the bike also wears pretty funky graphics and is unlike anything we’ve seen on a Royal Enfield in the past. It’s too early to say if these will make it to the production motorcycle, but considering the brand’s retro roots and theme, it does seem somewhat unlikely. 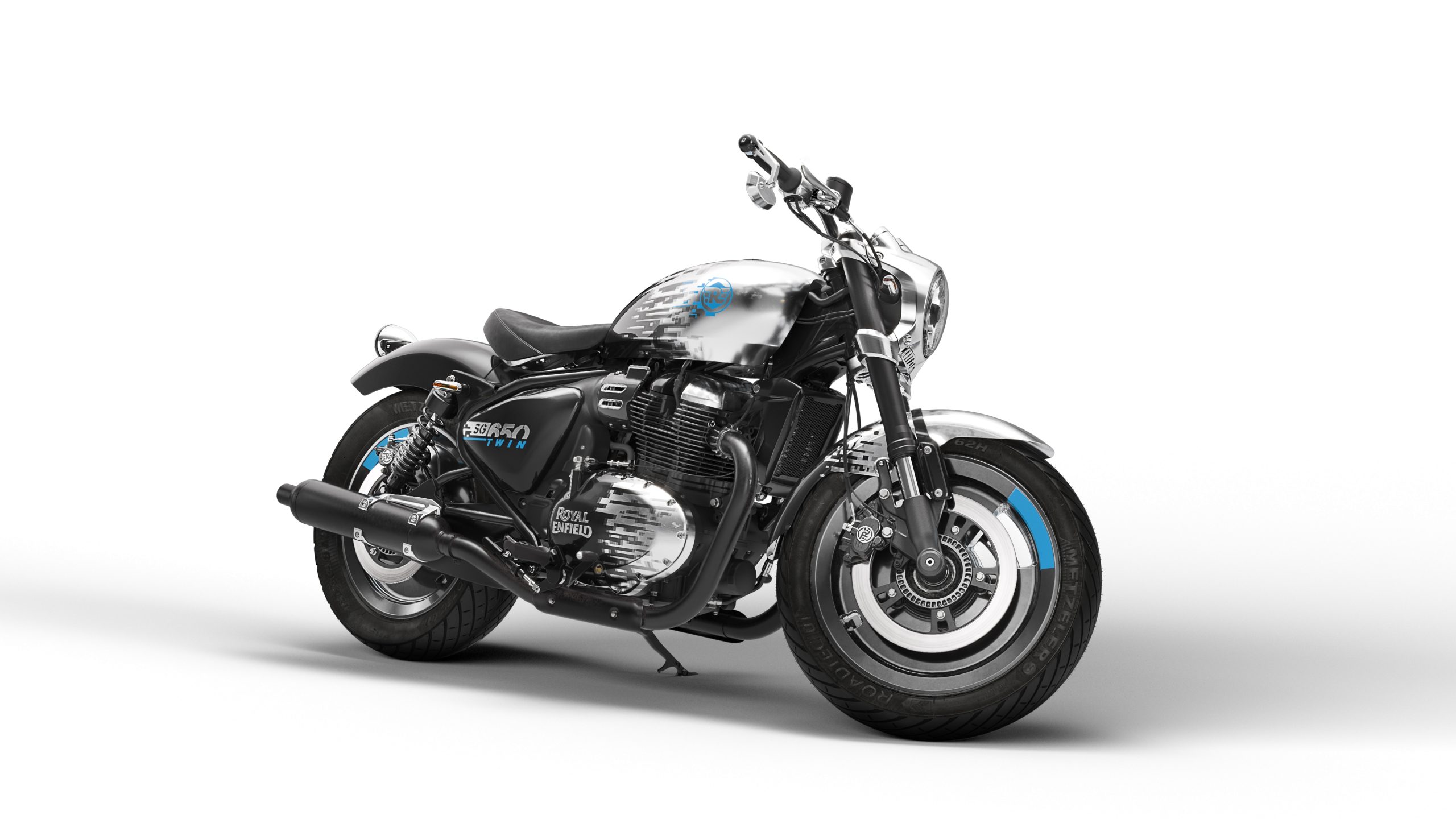 The motorcycle’s front is, perhaps, the most familiar angle with a round headlight integrated into a nicely designed cowl. Royal Enfield has also mentioned that the tank and rims have been CNC billet machined from a solid aluminum block. It also sports a chopped rear fender and wide Metzeler tires that give it quite the imposing stance. 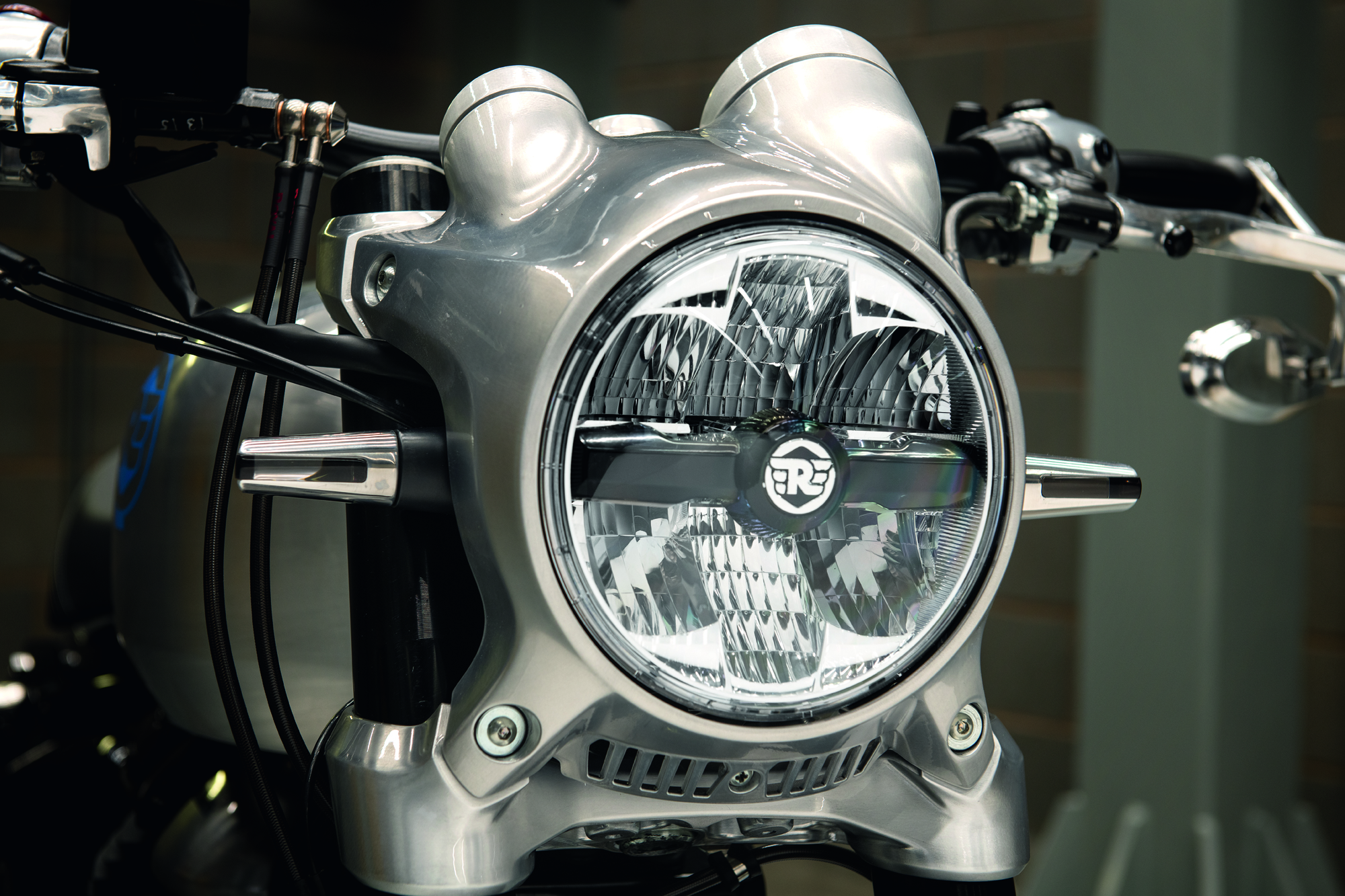 Interestingly, the SG650 concept also sports a USD fork — a feature we have yet to see on a Royal Enfield. Over the past few months, an inverted front fork has been seen on models that the company is currently testing, but none have been launched yet.

Powering the motorcycle is the same parallel-twin engine as on the Interceptor 650 and Continental GT 650. That’s all we know about the SG650 Concept at the moment, but we shall update this space with more information when it’s available.

What do you think about the new concept? Let us know in the comments below. 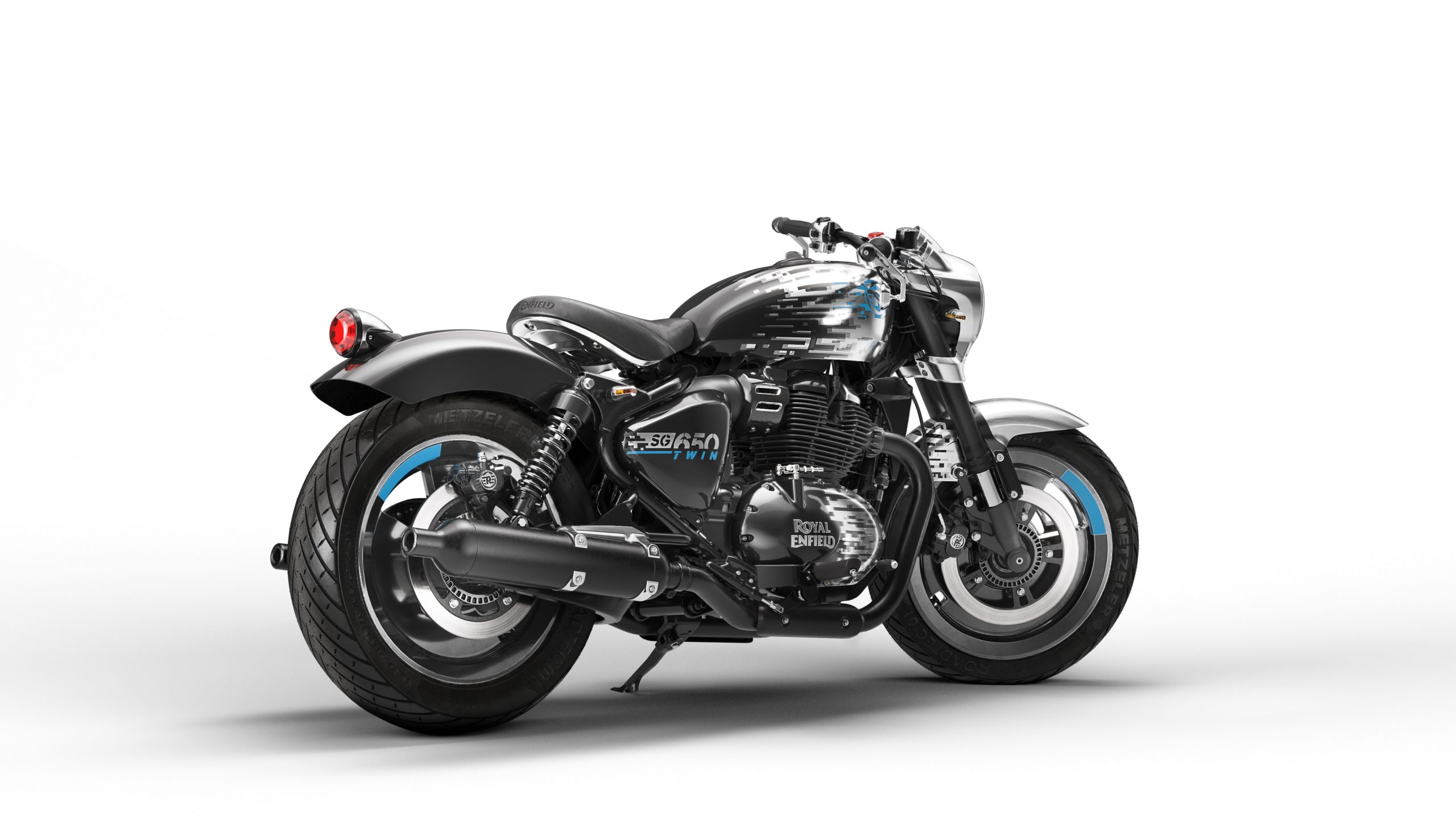