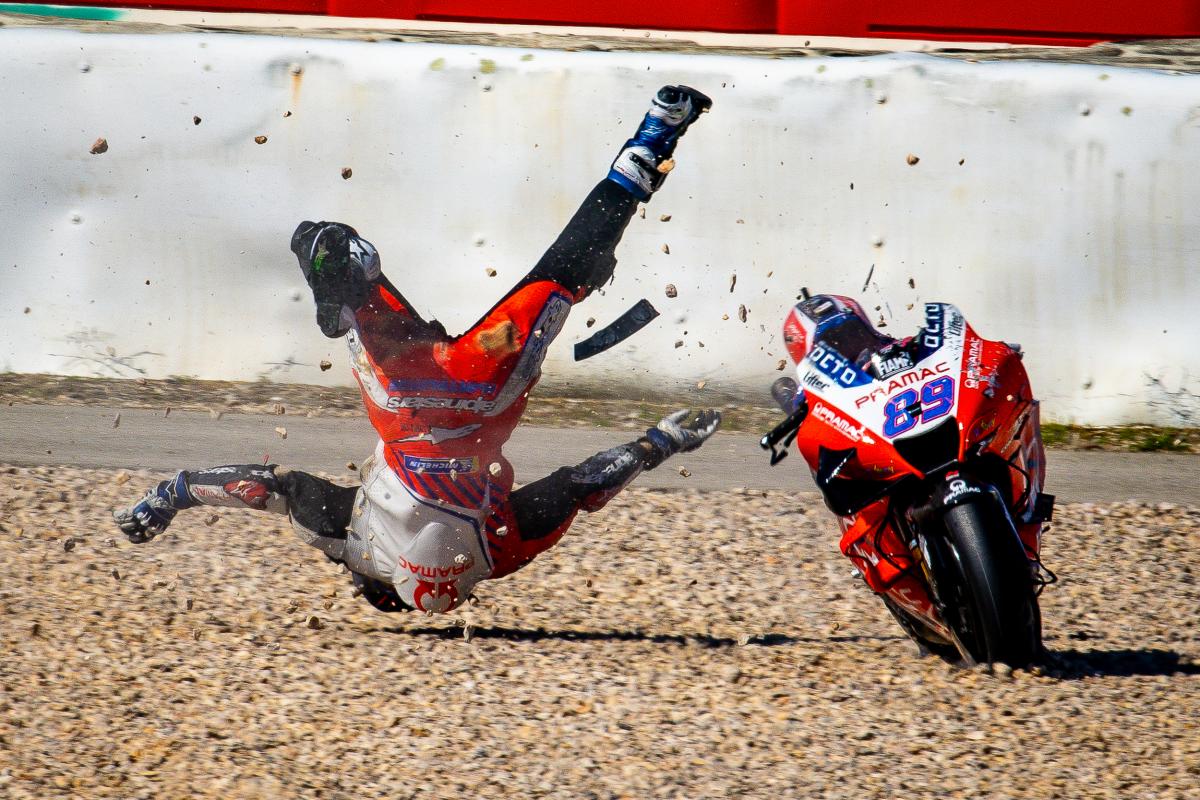 What makes Martin’s crash one of the nastiest we’ve seen in some time is the repeated impacts of over 20G he suffered. In total, Martin suffered seven different spikes of impact recorded at over 20G with the heaviest impact being recorded at over 26G. Again, by comparison, the largest force recorded by Alpinestars was 29.9G in Loris Baz’s crash at Sepang Test in 2016. The largest in recent years was Marquez’s highside during Q2 at the Malaysian Grand Prix in 2019, with 26.27G recorded on that day.