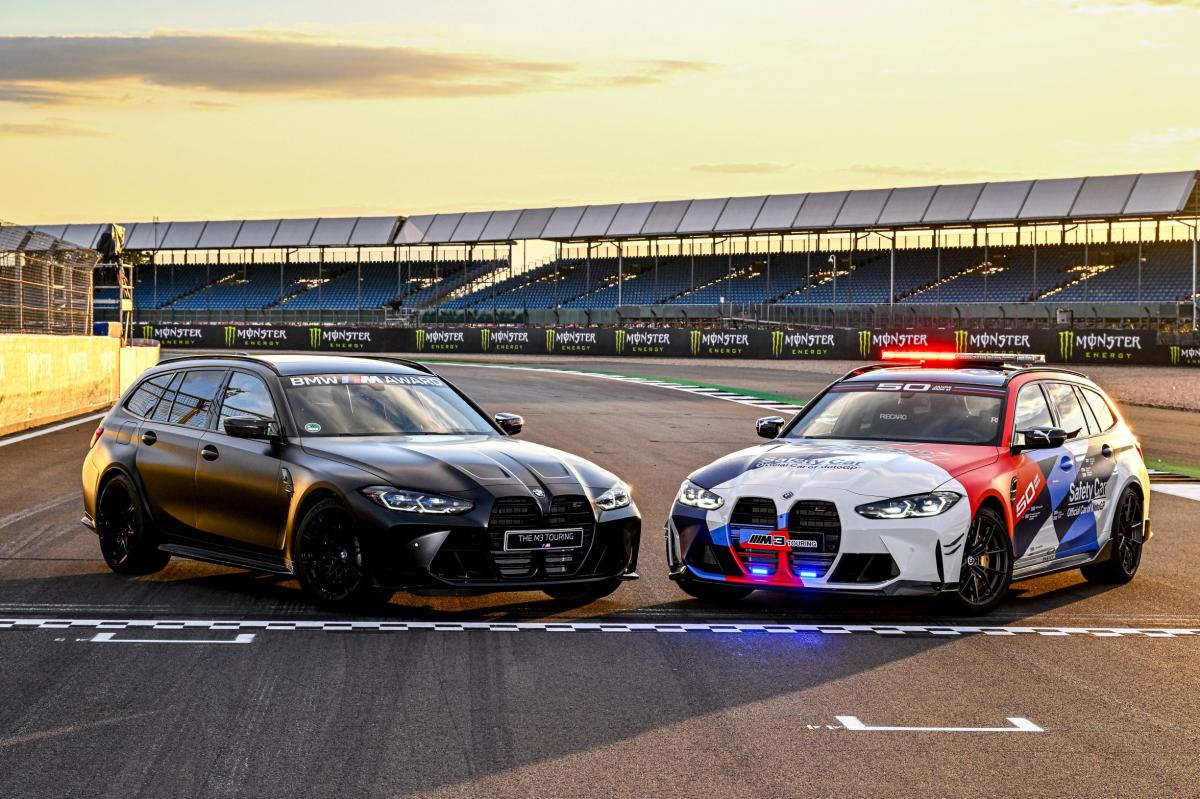 Since 2003, the BMW M Award has been an integral component of the close partnership between BMW M GmbH and MotoGP™ rights holder Dorna Sports. There is a double anniversary to celebrate this year: BMW M GmbH is celebrating its 50th birthday and the coveted prize for the fastest MotoGP™ qualifier is being awarded for the 20th time. To mark the occasion, BMW M is providing an exclusive highlight as the Winner’s Car: the first BMW M3 Competition Touring with xDrive (fuel consumption, combined: 10.4 – 10.1 l/100km correspond to WLTP, CO2 emissions, combined: 235 – 229 g/km correspond to WLTP, NEDC figures: –)*, which celebrated its world premiere just a few weeks ago. The market launch is scheduled for November. The Winner’s Car for the BMW M Awards 2022 will be officially introduced this weekend at the British Grand Prix in Silverstone. The first BMW M3 Touring MotoGP™ Safety Car will also make its race debut there.