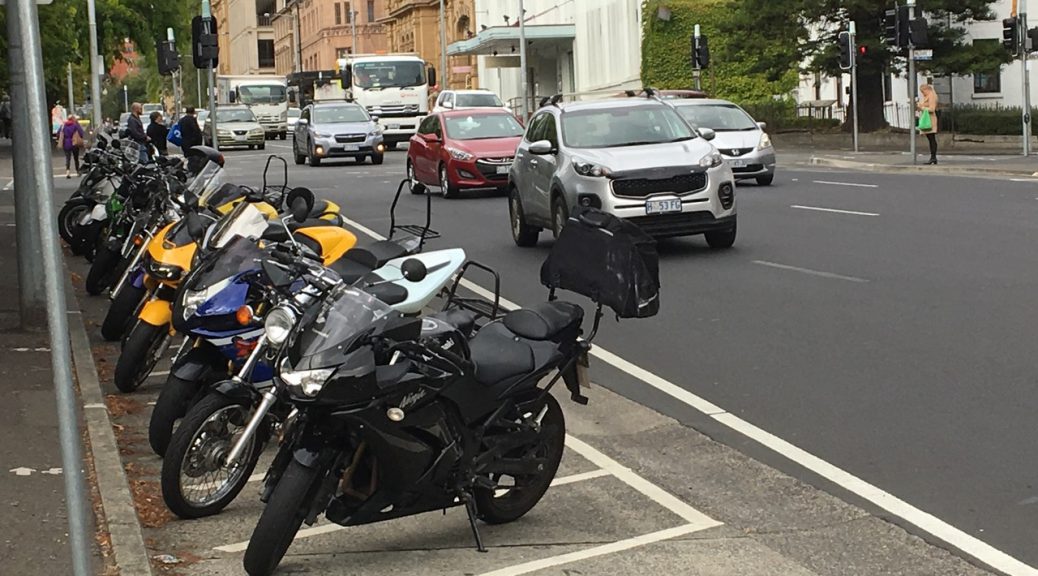 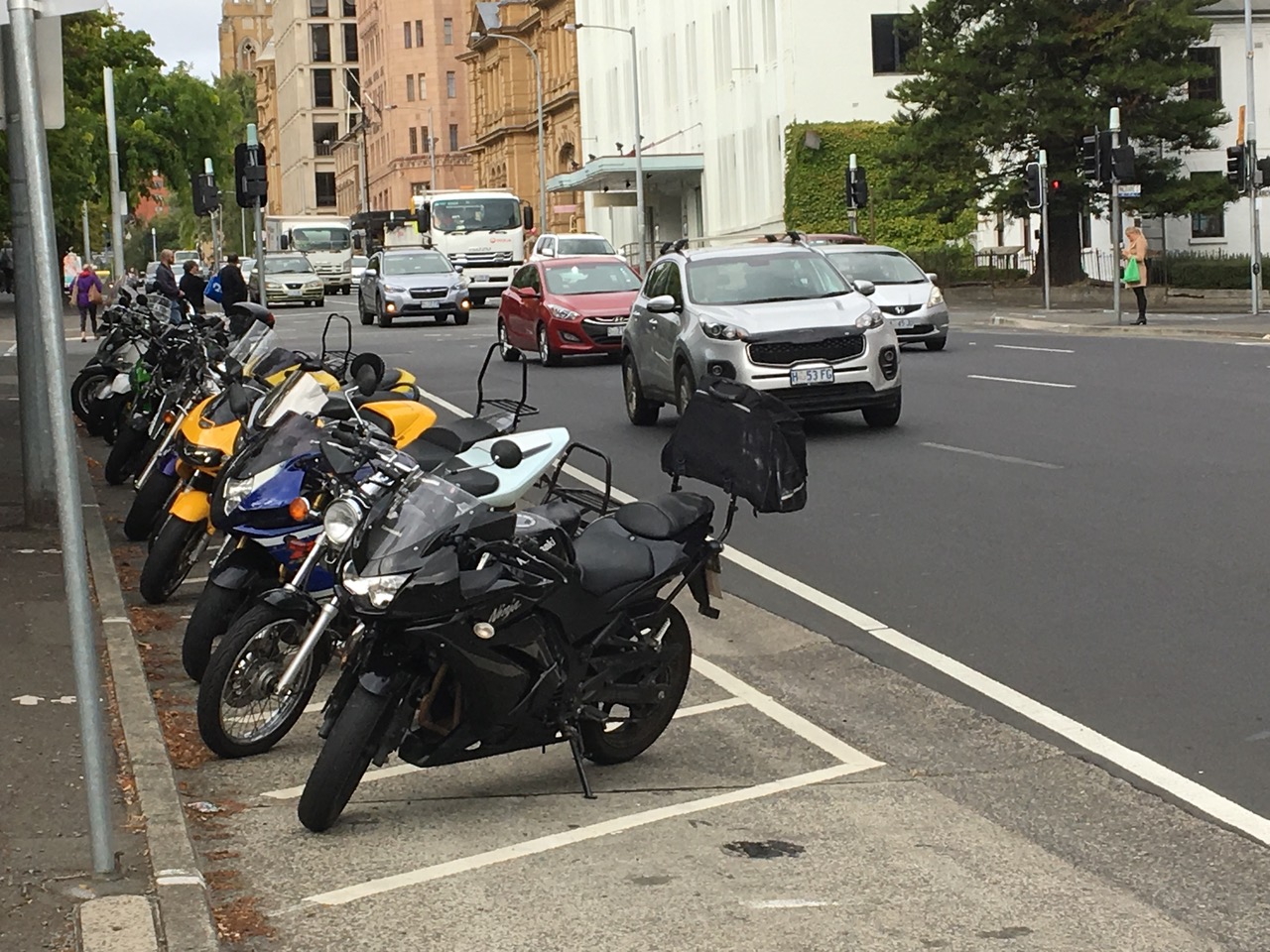 A vast majority of riders who live in or have visited Hobart would like to see free footpath bike parking as is practised in Melbourne.

According to preliminary results from an ongoing online survey, 85.5% have called for free footpath parking.

All Australian riders are being urged to complete the Hobart motorcycle parking that runs to the end of March 2022.

Motorcycle Riders Association of Australia would like 1000 riders do the survey.

“They don’t have to be Tasmanians,” spokesman Damien Codognotto says. “They just have to have visited Hobart at some stage.”

Preliminary results show two out of three respondents are Tasmanians and one in five are Victorians, followed by Queensland with 7% and NSW and SA 2.7%.

About 19% visited Hobart less than once a year, with 29% on holidays and 17.5% visiting for entertainment.

So motorcycle tourism is an obvious drawcard to the city with 90% bringing their own bike, 5% hiring a bike and the others buying a bike in the city.

That is why the MRAA is seeking more interstate respondents.

A whopping 86.9% say there is not enough on-street motorcycle and scooter parking in Hobart and 77.8% say there isn’t enough off-street parking.

Only one in five uses the Hobart City Council’s website map to find bike parking and half of respondents didn’t even know it existed.

More than 90% have also called for more secure bike parking at the airport.