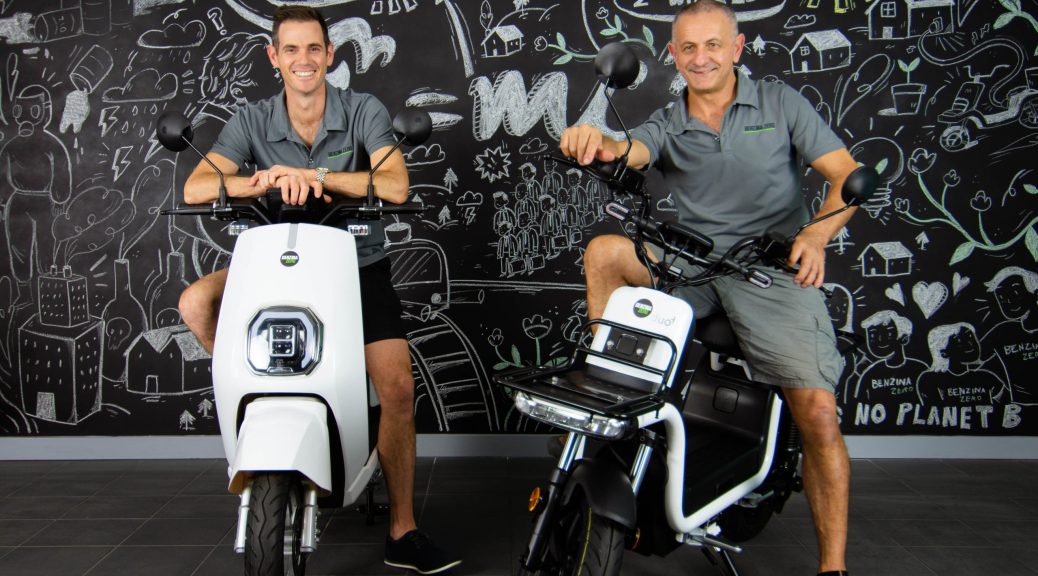 The three-model range officially launched in Brisbane recently is led by the Sport at $A7250, plus on-road costs.

It can go up to 90km on a single charge with a top speed of 75km/h and features a twin-speaker Bluetooth audio system and USB charger.

I particularly like the look of the macho adventure Duo crossover model at $A4650. It can reach speeds up to 65km/h with a range of about 105km. It has more than 20 different attachments so you can attach luggage or even a surfboard.

All Benzina Zero scooters are powered by quiet Bosch motors, can be charged anywhere like a phone, include an anti-theft system and audible alarm, and have keyless ignition.

A performance version of the adventure scooter, called the Duo+ ($A5250) and a Vasto commemorative edition start production next year.

Australian customers can buy Benzina Zero scooters at 10 Australian dealerships (one in Sydney, two in Adelaide and the rest in Queensland).

Longtime motorcycle and scooter industry stalwarts Joe D’Ercole and Ben Silver have developed the scooters with a Chinese factory.

Ben says motorists are switching to electric two-wheelers for the “social, lifestyle and environmental benefits”.

“We were the first electric vehicle manufacturer in the country to sign up to the B-cycle battery recharging program ahead of all the major players including four and two-wheel vehicles,” the says.

Their innovative company imports and distributes electric first and last-mile mopeds and scooters to more than 18 countries across Europe, Asia and Australia.

Benzina Zero has also been listed as finalists for the innovation award in the 2022 Queensland Auto Awards, announced on November 19.