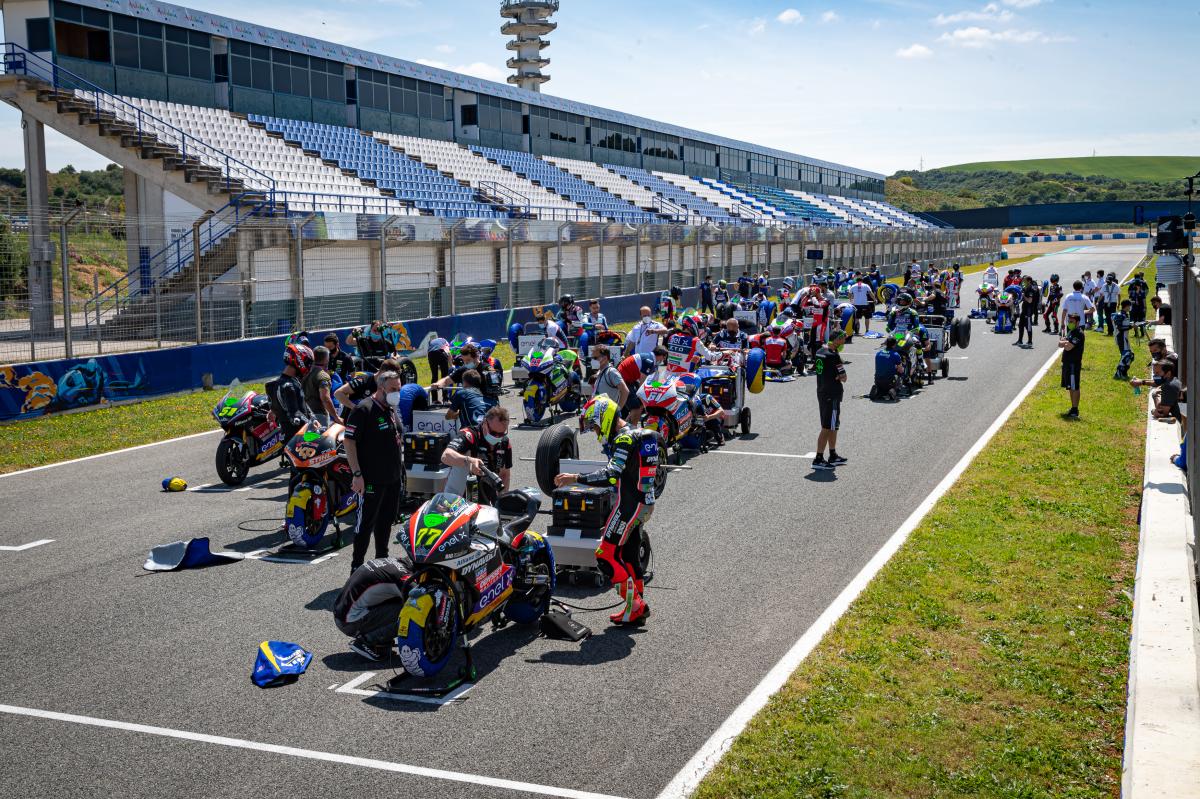 Eric Granado (One Energy Racing) arrives as the fastest rider in testing, the Brazilian leaving it late to pip Dominique Aegerter (Dynavolt Intact GP) to the top on the final day and set a new – although unofficial – lap record. It was just 0.041 between the two, however, and Aegerter dominated the race simulation… but Granado was one who dropped back and didn’t push. Last year, it was similarly split: Granado won the first race of the season at Jerez, and Aegerter the second as the Cup started the year with two rounds in Andalucia. This time, there’s one top step at the Spanish GP… so who’s going to be on it?