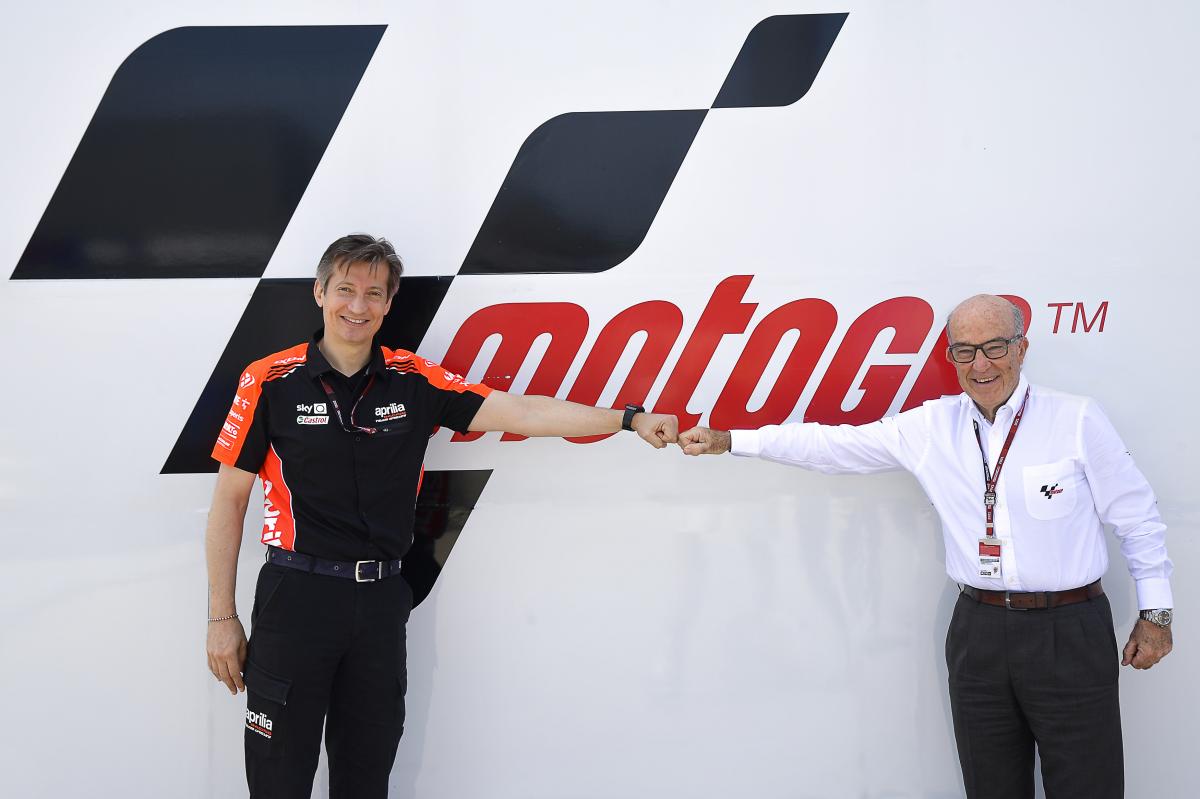 Aprilia is one of the most victorious brands in motorcycle racing history, having won an astonishing 54 world titles in its young career, 38 in World Championship Motorcycle Grand Prix racing, 7 in World Superbike and 9 in Off-Road disciplines. With 294 Grand Prix wins, it is the European brand that has won the most races in World Championship Motorcycle Grand Prix racing. Many of the riders who have made motorcycling history in the last few decades have made their debut on the bikes from Noale. These World Champions include Max Biaggi, Loris Capirossi, Alex Gramigni, Valentino Rossi, Jorge Lorenzo, Casey Stoner, Manuel Poggiali, Marco Simoncelli and Alvaro Bautista.